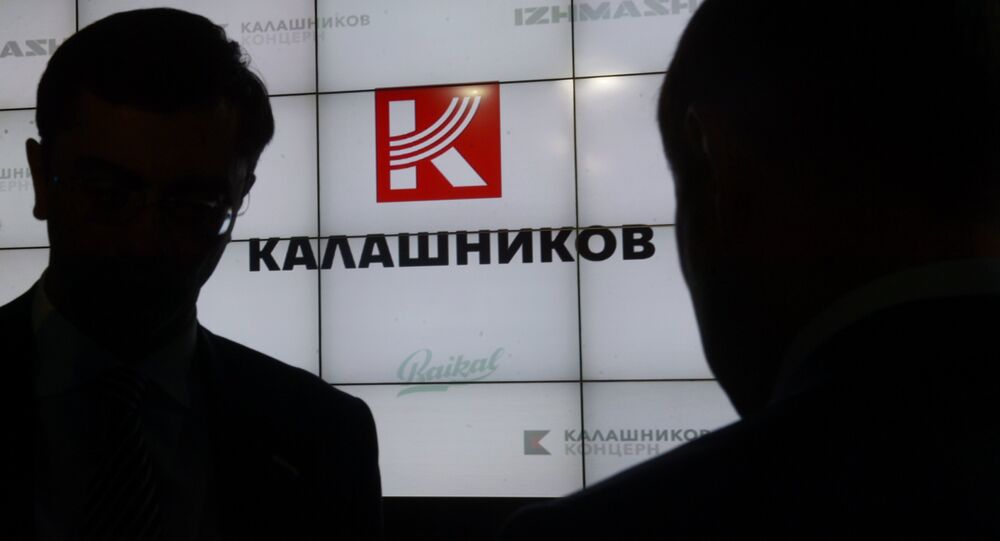 Kalashnikov Concern managed to overcome the loss of the American market by strengthening its ties with other countries. The company has almost closed its sales gap caused by sanctions.

"Today we have practically closed the gap [in sales] that was caused by the introduction of sanctions," Chemezov told reporters.

"Yes, things are difficult, we have lost the American market, because most of the products for hunting were sold to America," he added, noting, however, that the company is strengthening its ties with other countries, which has enabled it to overcome the sales gap.

Chemezov also noted that less than a year after its creation, the company has managed to fulfill both state defense orders and its commitments in military-technical cooperation.

© Sputnik / Vladimir Vyatkin
Mikhail Kalashnikov, the Father of AK Assault Rifles
Kalashnikov Concern was created in August 2013 when the Izhmash and Izhmekh manufacturers were merged and formally renamed after the well-known Soviet assault rifle. It is now Russia's largest producer of automatic and sniper rifles, guided artillery shells and a wide range of civilian products, including shotguns, sport rifles and machine tools.

The West has imposed several rounds of sanctions against Russia over its alleged involvement in the Ukrainian crisis, claims repeatedly denied by Moscow. The sanctions target Russia's banking, defense and energy sectors, as well as certain individuals. Kalashnikov Concern came under US sanctions in July and under the European Union's sanctions in September.