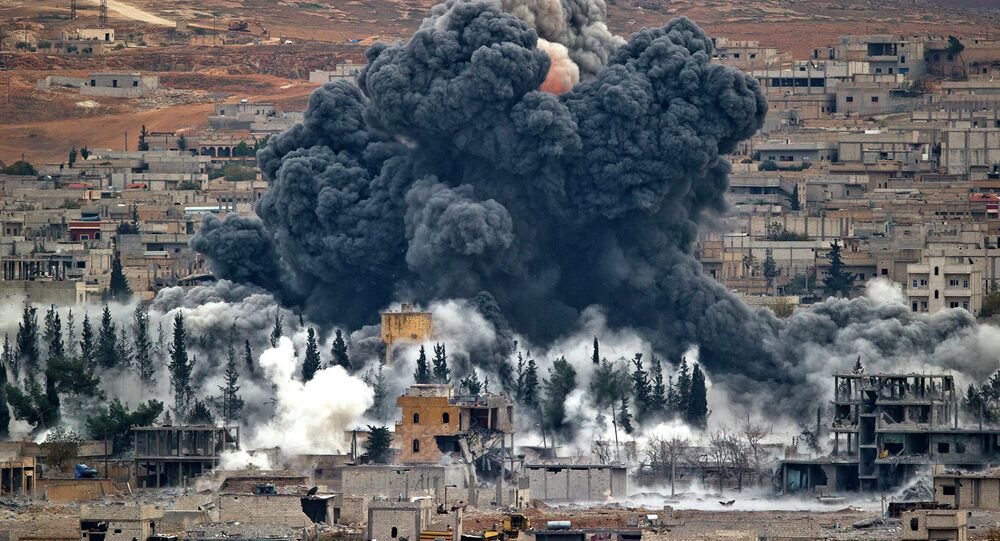 Syrian Observatory for Human Rights reported that more than 900 people have been killed by US-led airstrikes against the Islamic State (IS) militant group in the last two months.

MOSCOW, November 22 (Sputnik) — More than 900 people have been killed by US-led airstrikes against the Islamic State (IS) militant group in two months, the Syrian Observatory for Human Rights reported Saturday.

"SOHR documented the death of 910 people since the U.S led coalition started its strikes on Syria in 23/Sep until last night. Including: 52 civilians (8 children, 5 women), killed by coalition air strikes on oil fields and refineries in al-Hasakah and Der-Ezzor countrysides, al-Raqqa, Around Menbej northeast of Aleppo, and Idlib countryside," a press release issued by the agency said.

According to the release, the airstrikes killed 782 IS militants in Homs, Hama, al-Hasakah, al-Raqqa, Der-Ezzor, and Aleppo. Another 72 fighters from al-Nusra Front, an extremist group, were killed in the west of Aleppo and in the north of Idlib.

The IS militants have been rebelling against the Syrian government since 2012. In June 2014, the group extended their attacks to the northern and western parts of Iraq, declaring a caliphate on the territories over which they had control.

In September, US President Barack Obama announced his decision to form an international anti-IS coalition in a bid to impede the military advancement of the jihadist group. The US-led coalition, supported by 60 nations, is currently carrying out airstrikes against Islamic State positions in Syria and Iraq.