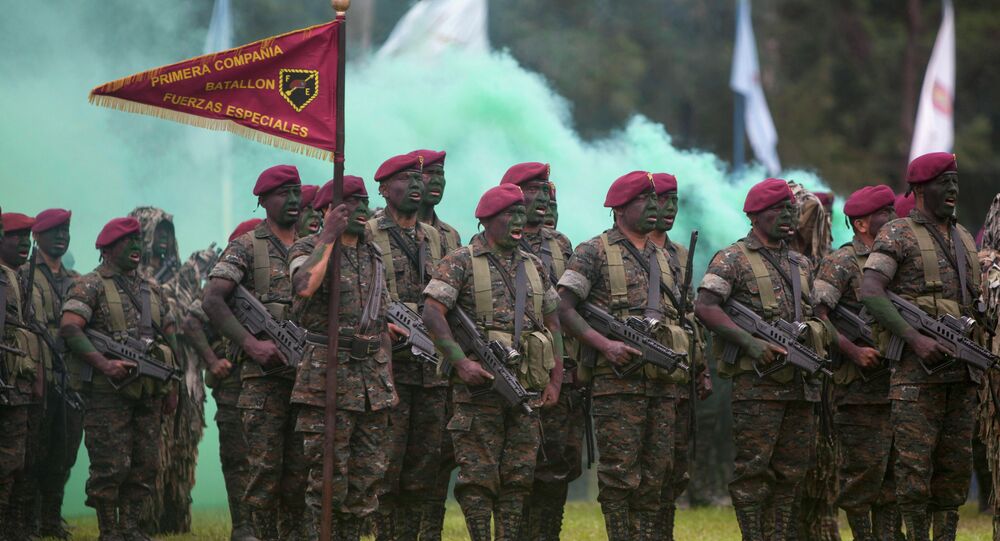 Shaina Aber, a policy director at the US Jesuit Conference said that US was acting irresponsibly by funding the Guatemalan Army's efforts to stop possible immigrants.

"The US is funding the Guatemalan military on the border with Mexico, training them and providing them with equipment and funding to interdict and intercept people, especially children and families, and keep them from crossing the border," Aber said.

She added Guatemala has also "created new places, which they call processing centers, where they hold migrants in detention. The purpose of these programs is to intercept people before they cross an international border and to send them home. This represents a breach of international responsibility towards people who are often fleeing from persecution or other sources of harm."

The US Embassy in Guatemala and the US State Department did not respond to requests for a comment.

The United States spends $18 billion each year on drones, guard posts and other forms of border security as well as funding Mexico and Central American states to halt the flows of migrants headed north to look for jobs and to join relatives.

US President Barack Obama has promised to reform what he calls a "broken" immigration system in the United States and is expected to offer temporary deportation relief to some of the estimated 11.3 million immigrants who live in America without papers.

But Republicans warn against changing immigration rules, saying reforms should not benefit people who have entered the country illegally. Others say a soft touch will encourage more desperate Latin Americans to risk the journey, with its dangers of rapes and kidnappings by criminal gangs.

Rights groups say many immigrants – including children – are fleeing from drug gangs and other dangers and are deported without getting the chance to seek asylum. Other critics say that mass deportations cause emotional upheaval and family break-ups.

Aber is the co-author of the report "US Support and Assistance for Interdictions, Interceptions, and Border Security Measures in Mexico, Honduras, and Guatemala Undermine Access to International Protection."