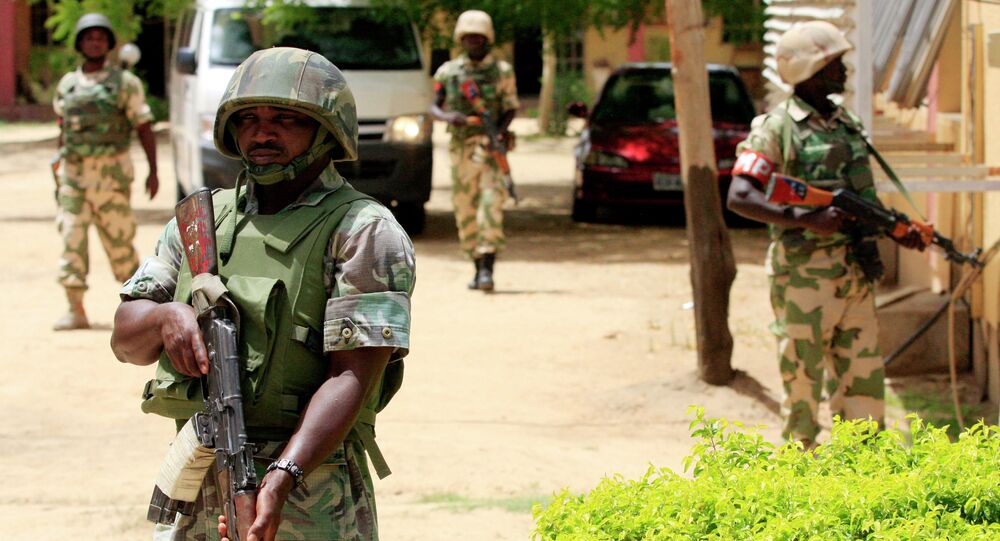 Nigerian Ambassador in the US Adebowale Ibidapo Adefuye disappointed in US unwillingness to provide Nigeria with 'lethal weapons'.

MOSCOW, November 11 (RIA Novosti), Ekaterina Blinova — Nigeria’s envoy has slammed Washington for its unwillingness to provide Nigeria with 'lethal weapons,' claiming that Islamist insurgents would have long been defeated if the US had decided to sell weaponry to Abuja.

"The US government has up till today refused to grant Nigeria's request to purchase lethal equipment that would have brought down the terrorists within a short time. We find it difficult to understand how and why, in spite of the US presence in Nigeria with their sophisticated military technology, Boko Haram should be expanding and becoming more deadly," Ambassador Adebowale Ibidapo Adefuye emphasized during his meeting with members of Washington-based Council on Foreign Relations, as quoted by the Associated Press.

Adebowale Ibidapo Adefuye noted that Washington's refusal to sell arms to the African state was based on allegations against Nigeria's defense forces. Reportedly, the military personnel have been violating the human rights of detained Islamists and prisoners linked to Boko Haram. In accordance with US law, Washington cannot sell weaponry to a country whose military are involved in "gross human rights abuses."

Mr. Adefuye dismissed the accusations, claiming that they were groundless and based on rumors and hearsay deliberately spread by the political opponents of the current regime ahead of the country’s February 2015 presidential elections.

The Nigerian envoy referred to an incident that had happened in Baga in 2013, "when human rights groups and the opposition press reported that based on pictures taken from satellite, over 1,600 houses were destroyed in a village that has less than 600 houses," Premium Times Nigeria underscores.

"A stable and secure Nigeria is an invaluable asset to America," Adefuye said, as cited by the Nigerian media outlet.

Adefuye emphasized that Nigeria and the US have always been trustworthy allies, but in recent times "Nigeria has had reasons to complain about the style, nature and manner with which some United States policies are implemented with particular reference to terrorism in Nigeria." He added that despite the US presence in the country, Islamist insurgents had become "more deadly."

The Associated Press reports that although Nigeria's military authorities made an agreement with Boko Haram about an "immediate cease-fire" in October, the Islamists insurgents have expanded their attacks and have taken control of about 20,000 kilometers (7,700 square miles) along Nigeria's border with Cameroon.

Nigerian Schoolgirls Kidnapped by Boko Haram to be Released by Tuesday: Government Source