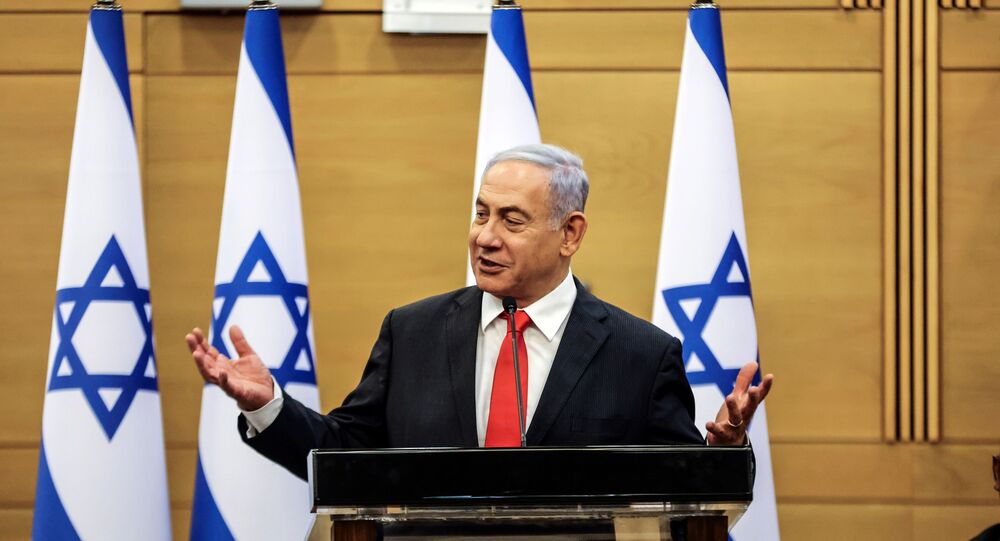 The former prime minister’s 12-year reign came to a close when Naftali Bennett won the golden ticket to take up the Israeli government post. Under the coalition agreement, Bennett will hold the position for two years before Israeli Foreign Minister Yair Lapid serves as the alternate prime minister.

Former Israeli Prime Minister Benjamin Netanyahu engaged in a bit of a shouting match late Thursday after a heckler at a political event called for the death of the current Israeli prime minister and the Israeli foreign minister.

The incident unfolded while Netanyahu was speaking at a youth event in Tel Aviv for the nation’s Likud Party, which the former prime minister heads as the organization’s chairperson.

Video of the brief altercation shows Netanyahu conversing with the crowd before an individual from the crowd yells out, “Bennett and Lapid need to die.”

​Without missing a beat, Netanyahu rejected the call, telling the individual that “if you are a plant, you’ve done your job, if not, you’re stupid.” He later proceeded to say that his opposition party would not sink so low, opting instead to best the current government in the next election cycle.

“This will not happen, nobody will die,” Netanyahu said in response, per a translation provided by the Times of Israel. “I will not accept such things.”

It was later reported by local media that the unidentified individual was subsequently interviewed by the Shin Bet security service before being allowed to return home.

Yaya Fink, the head of Israel’s left-leaning Darkenu movement, has since called on the Israeli attorney general to launch an investigation into the incident. “The next political assassination may be around the corner and we must stop the instigators before the words turn into bullets,” he said.

Incidentally, Netanyahu was serving as an opposition leader when, in November 1995, right-wing gunman Yigal Amir assassinated former Israeli Prime Minister Yitzhak Rabin. At the time and since, Netanyahu has largely been blamed for creating an atmosphere of hate that encouraged Amir to act out.

In fact, months before the assassination, Netanyahu participated in demonstrations in which crowds chanted “death to Rabin,” as well as one that saw the former Israeli prime minister walking in a mock funeral procession.

Israeli FM: 'Mistakes' Were Made in Relations With US During Netanyahu Era, 'We'll Fix Them'

Raam Helped to Kick Netanyahu Out But Zero Achievements Will Sink Their Ratings, Says Publicist