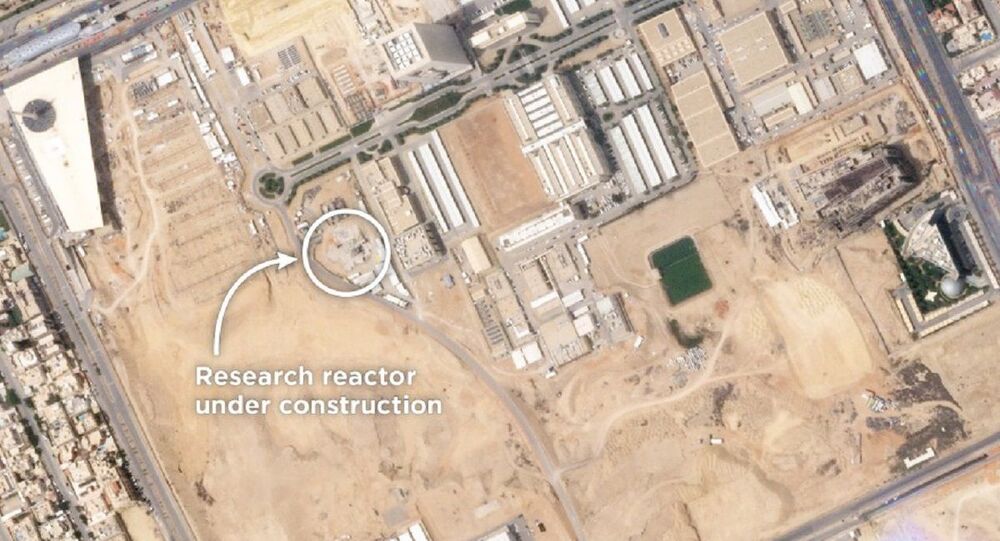 Long-time regional rivals Iran and Saudi Arabia have sought a rapprochement in recent years after decades of tensions rooted in religion and foreign policy. Earlier this week, an Iranian government spokesman reported “good progress” in recent talks with Saudi officials, but admitted that “in some cases, disputes” may “take time to resolve.”

Saudi Arabia has expressed apprehensions over Iran’s enrichment activities, with an official suggesting that the Islamic Republic’s nuclear programme poses a threat to regional security.

“[Riyadh] is greatly concerned about the increased pace of Iran’s nuclear activities and development of capabilities…that are not consistent with peaceful purposes,” an unnamed Saudi foreign ministry official told Reuters on Friday.

The official specified that Saudi Arabia considers Iran’s plans to produce 60 percent pure enriched uranium and 20 percent purity uranium metal to pose an “increasing threat” to the non-proliferation regime, and to hamper efforts to achieve a “comprehensive nuclear deal that ensures global and regional security and stability.”

The official’s comments follow Thursday’s remarks by Kazem Gharibabadi, Iran’s ambassador to the International Atomic Energy Agency (IAEA) in Vienna, in which he called on the international nuclear watchdog to look into Saudi Arabia’s nuclear activities.

“For the Kingdom of Saudi Arabia, the IAEA is not being provided with even minimum necessary verification authorities. A failure to implement the safeguards by rescinding the [small quantities protocols], could allow them to hide certain nuclear activities without them being subject to the IAEA inspections,” Gharibabadi tweeted.

Iran informed the IAEA of plans to produce enriched uranium metal for a research reactor in Tehran this week, with Gharibabadi indicating that the move would substantially improve Iran’s ability to produce radio-pharmaceuticals, and “make the Islamic Republic of Iran one of the leading countries in the field of nuclear technology.”

The United States and its British, French and German allies have expressed concerns over Iran’s uranium metal production plans, suggesting the substance has potential military applications. Tehran has dismissed these concerns, however, pointing out that uranium metal is a component for the production of silicide, an advanced nuclear fuel, and recalling that it remains unbound by the terms of the Joint Comprehensive Plan of Action (JCPOA) nuclear deal following Washington’s unilateral decision to pull out of the agreement in 2018. The agreement’s terms include a commitment to provide Iran with assistance to improve the quality of its radiopharmaceuticals industry, but the remaining signatories to the deal have failed to live up to this commitment in the aftermath of the US withdrawal from the treaty.

US officials have repeatedly assured that international community that Washington would “never” allow Saudi Arabia to become a nuclear weapons state, suggesting such a development would threaten the security of Israel, the only country in the Middle East with a suspected nuclear arsenal.

Riyadh began the construction of its first research reactor at the King Abdulaziz City for Science and Technology in 2020, and built a facility for the extraction of uranium yellowcake from uranium ore at a remote town in the country’s northwest the same year. In September 2020, UK media reported that the sheikdom may have accumulated enough uranium ore to produce nuclear fuel, and that geologists had found uranium ore deposits at three separate locations across the country. In a related development, US media have reported that intelligence agencies have spotted what appears to be an undeclared nuclear site near the Saudi town of al-Uyaynah.

Saudi Arabia is a signatory to the Non-Proliferation Treaty, and has not expressed publicly any ambitions to build nuclear weapons. However, in 2018, Saudi Foreign Minister Adel al-Jubeir told reporters that if Iran was allowed to build a nuke, Riyadh would “do everything we can to do the same.”

Tehran has long said that it has no plans to go nuclear, with its nuclear programme strictly limited to peaceful commercial activities and compliant with international law. The country rejected weapons of mass destruction in the 1980s, when, during the Iran-Iraq War of 1980-1988, it refrained from using its stockpiles of chemical weapons to retaliate to Iraqi chemical attacks on its soldiers and cities. Iran later destroyed these weapons before signing on to the Chemical Weapons Convention in the mid-1990s.

Gharibabadi’s comments about Saudi Arabia’s potential nuclear activities are not the first time the Iranian diplomat has criticised Iran’s neighbours and the international community for their alleged double standards with regard to nuclear matters.

© CC BY-SA 3.0 / טל ענבר / Shavit 3rd stage
Iran Asks Why Israel Gets Preferential Treatment With IAEA Despite Its Arsenal of Nukes
In March, Gharibabadi asked why the IAEA appears to give preferential treatment to Israel despite its status as a non-signatory to the NPT, and why the agency refuses to place the country’s nuclear facilities and activities under the IAEA’s safeguards regime despite their suspected status as a nuclear state. Tel Aviv neither confirms nor denies possessing nuclear weapons. However, it is believed to possess a nuclear arsenal of between 80 and 400 warheads, as well as a broad range of advanced delivery systems including ground-, air- and submarine-launched missiles.
...
Reddit
Google+
Blogger
Pinterest
StumbleUpon
Telegram
WhatsApp
515
Community standardsDiscussion