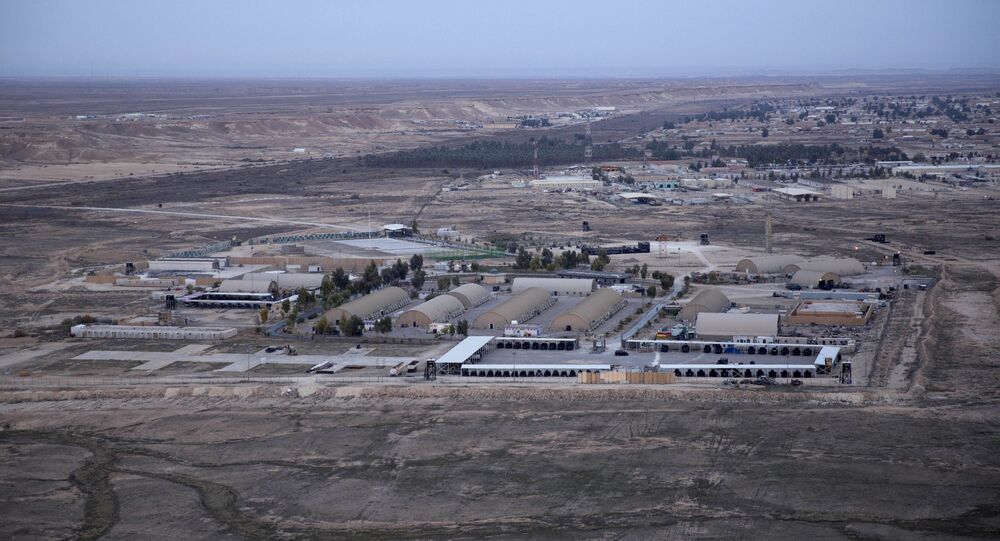 The military facility, located north of the capital Baghdad, is the only base in the country still hosting troops of the international coalition fighting against terrorists.

At least 14 rockets were fired against the Ain Al-Asad base on Wednesday, injuring three people, the US-led coalition said.

This is not the first attack against the compound this year: back in May, it was targeted by a drone attack, but neither US nor coalition troops stationed at the base were injured. No group has claimed responsibility for the attack so far.

Initial report: At approx. 12:30 PM local time, Ain Al-Assad Air Base was attacked by 14 rockets. The rockets landed on the base & perimeter. Force protection defensive measures were activated. At this time initial reports indicate 3 minor injuries. Damage is being assessed.

In the meantime, several photos have emerged online appearing to depict the aftermath of the attack.

Coalition forces remain in Iraq despite the fact that last year, the country's parliament voted to end the presence of all foreign troops in response to a US drone attack near Baghdad International Airport that killed senior Iranian commander Qasem Soleimani.