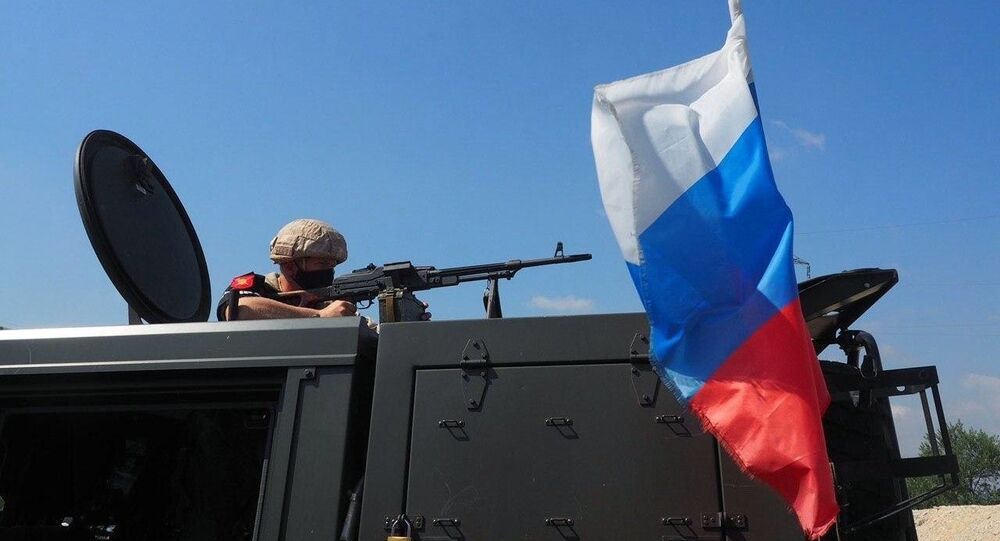 This is not for the first time the Russian military has provided information on plans by militants and the White Helmets operating in Syria, dubbed by the Syrian president, Bashar Assad, as "tools for terrorism", to stage an attack in the country's province of Idlib.

MOSCOW (Sputnik) - Militants, together with the 'White Helmets' group, are preparing a staged "chemical attack" in Syria’s Idlib province, Rear Adm, Vadim Kulit, the deputy head of the Russian Center for the Reconciliation of Warring Parties in Syria, said on Friday.

"The Russian Center for the Reconciliation of Warring Parties received information about the preparation of a provocation by the terrorist group Hayat Tahrir Al-Sham* in the Idlib de-escalation zone using toxic substances," Kulit said.

Militants accompanied by representatives of the pseudo-humanitarian organization White Helmets, delivered about 10 barrels of toxic substances by truck to an area near the village of Harim, to Russian military official said, citing information received from locals.

"According to available information, the terrorists intend to stage a 'chemical attack' in the southern part of the Jebel el Zawiya ridge for the subsequent accusation of the Syrian government forces of using toxic substances against civilians," Kulit stated.

Earlier in June, Kulit revealed that Russia had received information about preparations by terrorists of the Hayat Tahrir Al-Sham group for provocations in the Idlib de-escalation zone using poisonous substances. At the time, sources said that the terrorists delivered a tanker truck with a poisonous substance to the village of Atma, Idlib province, with which they plan to fill rockets.

The White Helmets is a UK-registered non-governmental organization, describing itself as a group of former bakers, tailors, engineers, pharmacists, painters, carpenters, students and workers of other professions who have volunteered to go to the "most dangerous place on earth" and "protect civilians from violence."

The group gained wide publicity after engaging in Syria, where a civil war is in its tenth year. While the White Helmets have been hailed in the West, Damascus has accused the group of propaganda and extremism.