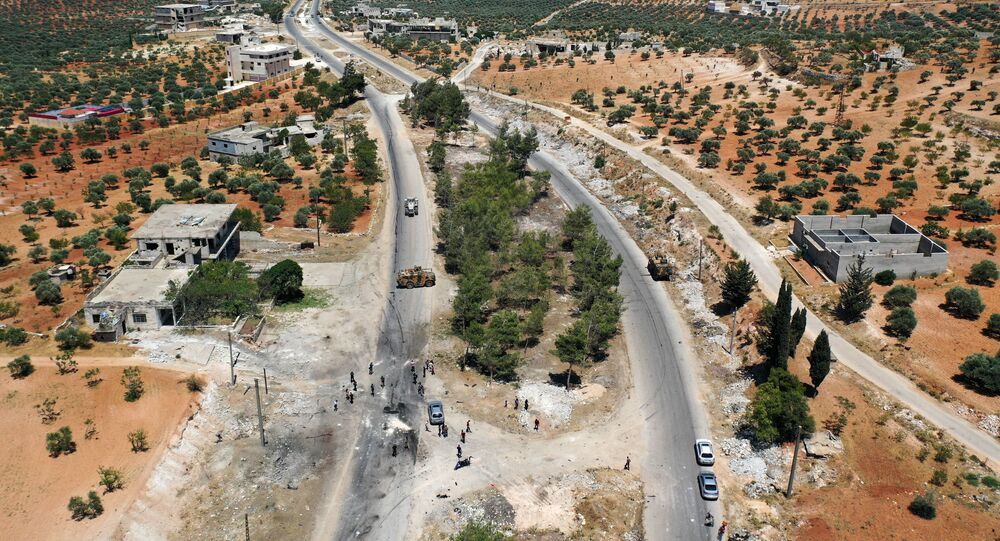 Damascus will be holding presidential elections on 26 May even though the government still does not control the province of Idlib, where the opposition and terrorist groups are in charge. It also does not control the country's north-east, seized by the Kurdish militia backed by US forces.

The Al-Nusra Front* terrorist group is amassing chemicals in the Idlib de-escalation zone in Syria's north in order to use them against the civilian population, the Russian Foreign Ministry has warned. According to the ministry, the terrorists are planning to carry out the provocation in the form of time-tested false-flag chemical attacks with the help of the White Helmets.

The White Helmets group calls itself a volunteer organisation and was established by former UK Army officer James Le Mesurier to allegedly help the victims of the Syrian civil war. However, they've often been spotted working hand-in-hand with terrorists from the Al-Nusra Front* and, according to Russian authorities citing witnesses, helped the group stage false-flag chemical attacks pretending to be assisting victims.

The Russian Foreign Ministry said that it obtained the information about the planned false-flag attack from a reliable source. The ministry stressed that the attack is scheduled to take place ahead of a crucial moment for Syria – the presidential election on 26 May.

"We express the hope that the disclosure of this information may help disrupt these criminal plans and prevent the deaths of innocent people", Foreign Ministry spokeswoman Maria Zakharova said.

The western media and governments have repeatedly accused Damascus of using chemical weapons against its own citizens in the war against the opposition and terrorists. Following the first accusations, the government agreed to destroy all of its stockpiles of chemical weapons under the surveillance of the Organisation for the Prohibition of Chemical Weapons (OPCW). While Damascus destroyed its chemical armaments by June 2014, it warned that terrorists controlling some regions of the country, including Syrian Army warehouses, might still possess some.

Despite the supervised destruction of chemical weapons, western governments once again accused Damascus of using them in Douma, a city not far from the capital, on 7 April 2018. That attack was reported by the White Helmets, who published videos showing them purportedly treating survivors of the alleged attack. Although Damascus denied the act, the US, UK, and France launched airstrikes against Syrian government objectives claiming it was retaliation for the alleged chemical attack.

Russian chemical and military experts later found individuals who witnessed the actions of the White Helmets and who testified that there was no chemical attack and that members of the pseudo-humanitarian group simply grabbed them from off the street, poured water on them, and injected unknown medicine pretending to treat them for exposure to chemical weapons. Despite their testimonies, the OPCW failed to officially recognise the Douma incident as a false-flag attack.