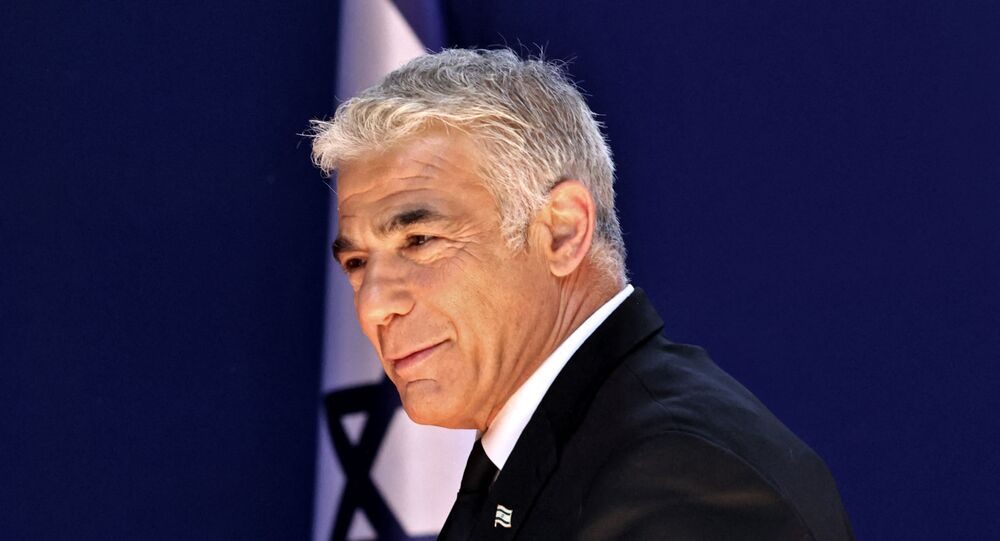 Ebrahim Raisi has been declared the winner in the 13th Iranian presidential election that took place earlier in the week. He will soon succeed the incumbent president, Hassan Rouhani, who has reached the end of the republic's two-term limit.

Israeli Foreign Minister Yair Lapid on Saturday tweeted his reaction to the outcome of the 13th Iranian presidential election, offering an unflattering opinion on the country's president-elect, Ebrahim Raisi, whom Lapid dubbed the "Butcher of Tehran".

"Iran’s new president, known as the Butcher of Tehran, is an extremist responsible for the deaths of thousands of Iranians", Lapid said.

He also claimed that Raisi is "committed to the regime’s nuclear ambitions and to its campaign of global terror".

His election should prompt renewed determination to immediately halt Iran’s nuclear program and put an end to its destructive regional ambitions.

"The butcher of Tehran, Ebrahim Raisi, has been rightly denounced by the international community for his direct role in the extrajudicial executions of over 30,000 people. He is designated by the US Treasury for these heinous crimes", Haiat claimed, continuing in a Twitter tirade.

The remarks were pointedly made in light of ongoing negotiations in Vienna between Iran and the signatories of the 2015 Joint Comprehensive Plan of Action (JCPOA), to restore the nuclear deal that the Trump administration caused the US to exit in 2018.

4/4 More than ever, Iran’s nuclear program must be halted immediately, rolled back entirely and stopped indefinitely. Iran’s ballistic missile program must be dismantled and its global terror campaign vigorously countered by a broad international coalition.

A US State Department spokesman, cited by AFP, said that Washington would continue talks over the nuclear program even though, according to him, "Iranians were denied their right to choose their own leaders in a free and fair electoral process".

Raisi was proclaimed the winner of the 13th Iranian presidential election earlier on Saturday, with the country's Interior Ministry announcing that he had secured a majority of the vote. He will be inaugurated in early August.

Many Iranians and observers outside of the country have, however, voiced opposition to the election itself, claiming that it was "predetermined" by Supreme Leader Ayatollah Khamenei.

Both Israel and Iran have seen sudden recent changes in their top ranks. As Iran welcomes the president-elect, Israel has seen a new prime minister, Naftali Bennett, after then-opposition leader Lapid formed a government coalition that ousted the former PM, Benjamin Netanyahu.

Relations between Tehran and Tel Aviv are not, however, expected to change significantly, as the new officials from both sides do not appear to be more welcoming towards each other than their predecessors.

© REUTERS / Ronen Zvulun
Israeli Prime Minister Naftali Bennett and some of his government attend its first cabinet meeting in the Knesset, Israel's parliament, in Jerusalem June 13, 2021.

Israeli new government representatives, including Lapid and Bennett, have been adamant in their opposition to Iran, and to what they claim is an Iranian nuclear weapons program in particular, accusing the Islamic republic of attempting to create nuclear weapons and threatening regional security. Tehran has repeatedly refuted the accusations.

Raisi has a tough stance on Tel Aviv, as he previously stated that he would be ready to establish ties with any country in the world but Israel. In regard to the Iran nuclear deal, Raisi said that while he would preserve it, he also does not want it to become a central foreign policy concern.

Congratulations Pour in From Around World as Bennett, Lapid Form New Israeli Government