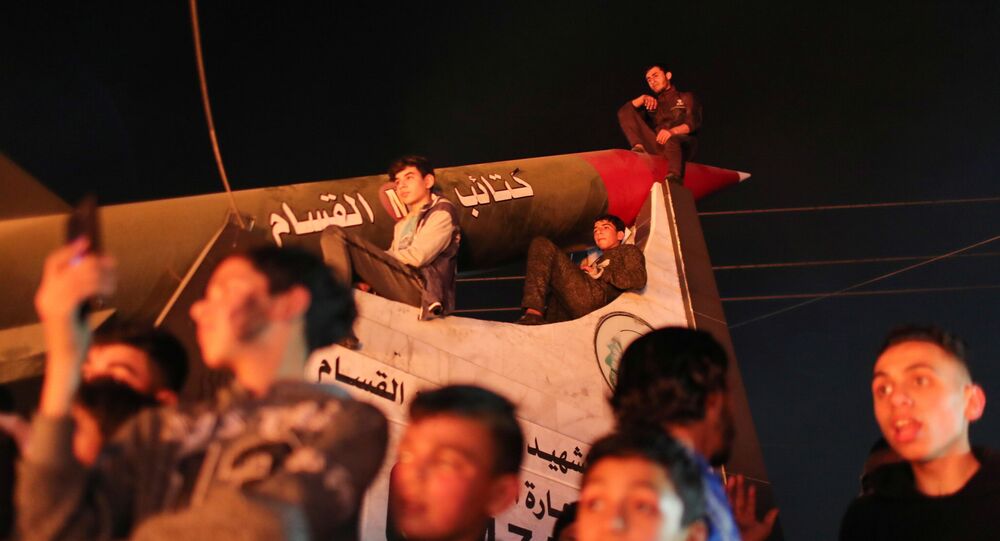 Benjamin Netanyahu’s 12-year consecutive tenure as Israel’s prime minister came to an end on 13 June, with opposition leaders Yair Lapid and Naftali Bennett cobbling together a coalition government and, in a historic first – the Arab-Israeli Ra’am party.

Amir Avivi, a retired brigadier general and senior Israeli defence establishment official, has warned that the Hamas political and militant movement may try to "test" the newly formed Bennett government militarily, and suggested that Israel needs to prepare to "defend" Jerusalem amid threats from Palestinian militant groups relating to Tuesday’s Jerusalem flag march.

“As far as Hamas is concerned, they will no doubt want to test the new government. We need to be prepared and ready to fight for our capital,” Avivi said, speaking to local media, and referring to Jerusalem, the holy city which the United States and a handful of its allies recognise as Israel’s capital.

“In the end, Hamas was severely beaten and I’m not sure if it wants another round [of fighting]. If there is another round [the group] will face very big problems and we will stand our ground,” the retired senior officer added, referring to the last month’s 11-day flare-up of fighting between the Israel Defence Force and Gaza-based militants, in which both sides claimed victory.

The fighting began in anticipation of a ruling by Israel’s top court to evict half a dozen families from their homes in East Jerusalem, and the Israeli police occupation of the al-Aqsa mosque compound – one of the holiest sites in Islam, ahead of the previous attempt by Jewish nationalists to march through the old city of Jerusalem with flags. The conflict then escalated, with Hamas firing rockets into Israel, and the Israeli military carrying out air and missile strikes inside Gaza. Over 300 people were killed in the violence, mostly Palestinians.

On Monday, a Hamas spokesman warned Israel against conducting Tuesday’s planned "Jerusalem Flag March," saying that doing so might spark a new round of violence and vowing “to protect al-Aqsa and Jerusalem.” Both Hamas and the Palestinian Islamic Jihad militant group have called on Palestinians to stage a “general mobilisation,” to hold protests and meet up at the al-Aqsa complex in response to the Israeli march.

© AP Photo / Mahmud Hams
Report Reveals How Israel Targeted Gaza’s Fragile Economy During Bombing Campaign
Avivi brushed off the security concerns, however, saying that Israel’s “struggle against Hamas is over Jerusalem,” and that “this is the heart of the struggle and here it is impossible to give up.” The former official added that the march must take place because the Palestinian side is “fighting for the whole of Jerusalem.”

Also on Monday, security sources told Israel’s Walla News that law enforcement and the military were preparing for fresh violence in response to the nationalist flag march, with border police reinforcing the Old City and the military boosting troop numbers in the West Bank.

The Jerusalem flag march commemorates Israel’s capture of the city’s eastern half during the Six-Day War of 1967, in the course of which Tel Aviv a preemptive conflict against a coalition of Arab countries and seized territories belonging to Egypt, Syria, Lebanon, and Jordan (the latter in control of eastern Jerusalem at the time).