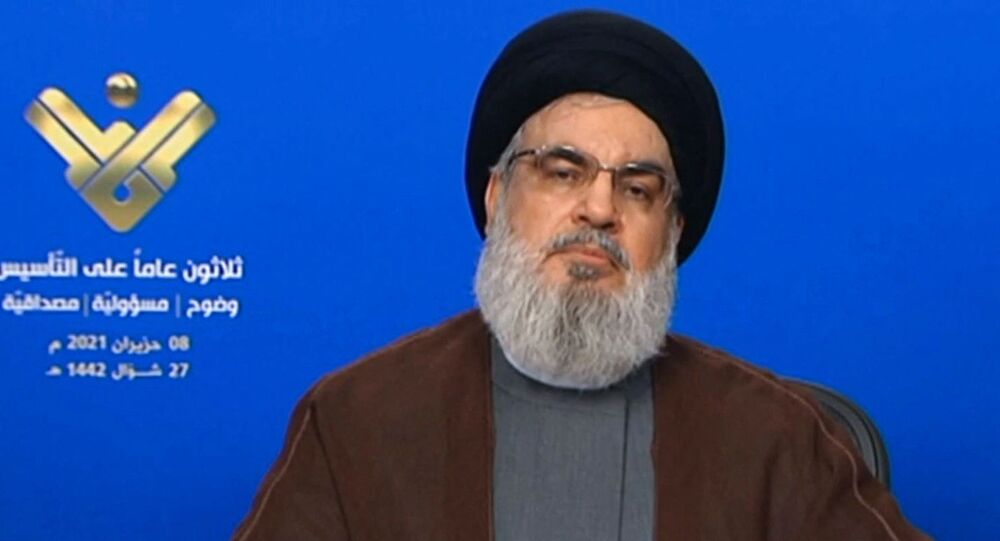 Nasrallah had seemed ill in his most recent speech on May 25 in which he threatened “regional war” if Israel attacked Jerusalem's sacred places, while coughing and gasping throughout it several times, but later it was reported that he was merely suffering from seasonal allergies and nothing more serious.

Lebanese Shia Islamist group Hezbollah leader Hassan Nasrallah said his health was well and thanked everyone who had inquired about his wellbeing in a televised address on Tuesday,

"I’m sorry to disappoint those who searched for my successor,” Nasrallah said laughing, as translated and reported by the Times of Israel. “I am alive and well, and I still dream of, and I have hope that we will perform prayers together in the holy Al-Aqsa Mosque."

Hezbollah leader Nasrallah looks much healthier than his previous speech two weeks ago, when he looked sick and coughed pic.twitter.com/vwGxLt0bLg

Nasrallah's comments come after speculation on social media about his health condition following his previous address, with some reports suggesting that he had contracted COVID-19.

"A human being is a human being, you get sick or tired sometimes," Nasrallah said.

"There are some people who expressed their love and distributed bread and salt and wrote and called and I reassure these, some sent some remedies and honey,” he continued. "I cherish their love and thank all."

Apart from discussing his own health, the group leader addressed the Israeli political situation, following incumbent Israeli PM Benjamin Netanyahu's dubbing of the current coalition deal that is trying to depose him as a "fraud." Nasrallah reportedly stated that Netanyahu and former US President Donald Trump copy from each other.

“Netanyahu has nowhere to go, he threatened regarding the [Iranian] nuclear situation and might commit a foolish act in the Palestinian arena, which poses a threat to the entire Islamic community,” he said.

For nearly three decades, Nasrallah has commanded the armed Hezbollah group, transforming it from one of Lebanon's many civil war militias to a regional powerhouse.

Israeli media reported earlier, citing the country's military, that Nasrallah had contracted the novel coronavirus, which appeared to be entirely based on circumstantial evidence.

It is unknown if Nasrallah has been vaccinated against the virus yet, according to reports.

On Monday, reports emerged about the death of Iranian cleric Ali Akbar Mohtashamipur, who, according to media reports and an obituary from the Iranian state news agency IRNA, is considered to be one of the founders of the Hezbollah movement back in the 1980s.