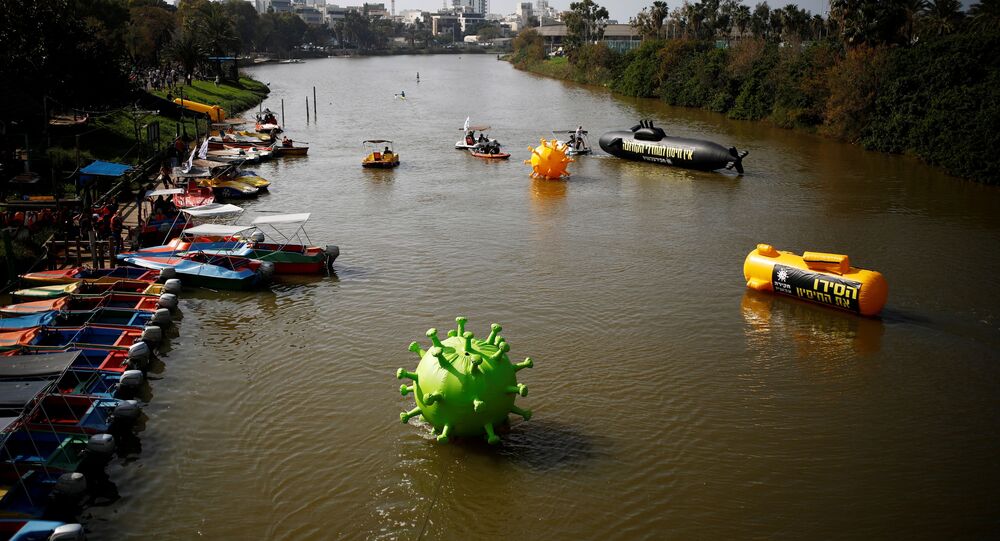 In a country where the majority of its citizens are fully vaccinated, new strains of the virus are not that scary but an expert warns that Israelis should still be observing restrictive measures to avoid a repetition of past mistakes.

In Israel, the coronavirus pandemic is not such a big headache anymore.

On Sunday, the country registered only 10 new cases of the virus, probably one of the lowest marks in recent months. Eighty severe patients are still hospitalised, but their numbers seem manageable compared to what the nation witnessed earlier, when Israel was struggling to cope with the number of people in critical condition.

Too Early To Celebrate

Yet, it is too early to celebrate. The country's Ministry of Health recently revealed that several cases of the Indian and Brazilian variants had been found in Israel. Parallel to that, Israeli news outlets also reported that the Jewish state had registered its first cases of the Chilean strain and that the authorities were still exploring the potential repercussions of these varieties.

Dr Ian Miskin, the head of Jerusalem's COVID-19 response team operated by the nation's largest health service Clalit, says experts still don't know enough about the variants but the belief is that some of them might be resilient to vaccines.

"What we hear from India is that the [Pfizer] vaccine is effective against most of the variants they have. We are a bit worried about the Brazilian one, but we do know that the inoculation can provide people with some sort of protection".

So far, Israel has vaccinated more than five of its nine million citizens, and although it hasn't reached herd immunity yet, the country is gradually opening up, with the authorities lifting restrictions that were imposed to curb the spread of the virus.

Learning From Past Mistakes?

Starting last Thursday, Israel expanded the number of people that could gather in enclosed spaces to a hundred. The previous limit was 50. Outdoor venues can now host up to 500 people, five times more than what it was before. Public transportation doesn't require special registration anymore, meaning the amount of passengers is no longer restricted.

As of 23 May, Israel will also be letting in its first batches of foreign tourists, who will be arriving in the country in small groups.

It will be the first pilot of this sort and Israel will be taking careful steps to make sure the nation's reopening will not end up posing a threat to public health.

The aforementioned steps will include the testing of tourists before they board the plane and after they land. A decision has also been made to keep them together without an opportunity to mingle with others. They're additionally required to move around in buses and wear face masks at all times, including when they are outside, even though Israelis are not obliged to do so because the majority has been vaccinated.

The reason for these strict measures, says Miskin, is the desire to avoid a repetition of past mistakes, when Israel opened its airports, allowing Israelis to come back without being properly checked or quarantined.

Back then, Israel received hundreds of coronavirus patients who went on to infect others and this time around officials in Tel Aviv are determined not to let the situation gt out of hand.

"We should be tough with people who travel. Those who come back should be tested upon arrival and they should also quarantine themselves for at least ten days because if these people go straight through we will have pockets of infections with unknown variants, and that could be dangerous".

Israel still remembers when the coronavirus pandemic was raging across the country, and when daily infections reached nearly 10,000 people. Miskin says it was due to non-compliance with the restrictive measures set out by the government.

© AP Photo / Ariel Schalit
The Dome of the Rock and al-Aqsa mosque compound on the left and with social distancing barriers, ultra-Orthodox Jewish men pray ahead of Yom Kippur, the holiest day in the Jewish year which starts at sundown Sunday during a three-week nationwide lockdown to curb the spread of the coronavirus at the Western Wall, the holiest site where Jews can pray in Jerusalem's old city, Sunday, Sept. 27, 2020.

And this is also why he says Israel should not be going forward "with its eyes closed" this time, even when many of those restrictions have been lifted.

"If everyone was abiding by the law, we could have opened the country even faster. But look what's going on on buses, lifts, and supermarkets. People are not wearing masks properly, and this means they are not wearing a mask at all. We certainly need to keep an eye on what's going on so if there is an outbreak, we will be able to stop it very fast".