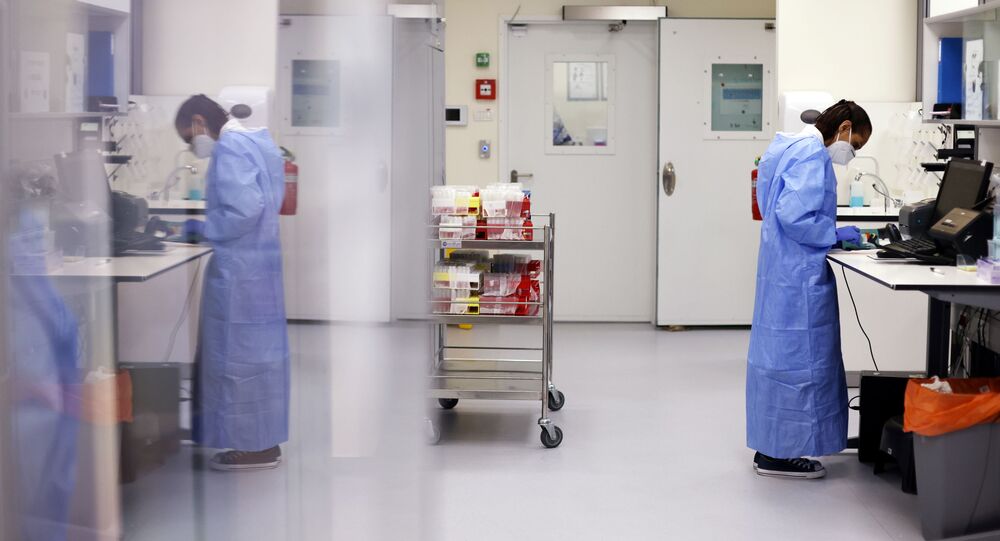 As Number of COVID-19 Cases Falls in Israel, Professor Warns the Public Not to Be Complacent

Although the mass vaccination drive has proven effective in Israel, an expert warns that the pandemic is far from over and that it will only end when the world joins forces to fight it.

The number of coronavirus cases continues to drop in Israel. Last week, the nation registered only 5,011 new patients, representing a drop of more than 46 percent compared to the week before.

The amount of severe coronavirus cases is also in decline and Prof. Nadav Davidovitch, chair of the Israeli Public Health Physicians Association, says that that success was possible due to a combination of several factors.

The first of which is the efficient distribution of coronavirus vaccines. So far, nearly five out of six million eligible Israelis have been fully vaccinated, and although the country hasn't reached herd immunity yet, experts say the nation can go back to normal.

But the mass inoculation campaign was far from the only factor that contributed to that success.

"Today we are able to provide Israelis with 100,000 coronavirus tests [per day - ed.] something that we couldn't do in the past. And we are also using a tracking [surveillance] system together with the IDF's Home Front Command and the Ministry of Health."

Israel has also implemented a number of restrictive measures aimed at curbing the spread of the disease. Since the outbreak of the pandemic in February 2020, the Jewish state has imposed three lockdowns and mostly closed down its main airport, Ben Gurion, which was believed be one of the main hubs of the virus.

Complacency Is a Threat

Now, these measures, together with an effective vaccination drive seem to be bearing fruit, but Davidovitch warns Israel should remain "humble" and not get too complacent, simply because the country, like the rest of the world, is missing information on the virus, its variants and whether the vaccination is effective against them.

In the beginning of January, the British variant was present in up to 20 percent of all coronavirus cases in Israel.

In March, its numbers have reportedly risen, as did the case volume of yet another strain of the virus -- the South African strain, with hundreds of registered patients.

Experts believe the Pfizer vaccine that's used in Israel is effective when it comes to the British strain. The South African variety seems to be more resistant to the inoculation.

This is the reason why Davidovitch believes Israel is still in for a challenge in the next several months.

"We still have a million people, who are eligible for the vaccination but who haven't taken it yet. Children are still not vaccinated so we might see younger people getting sick. And we still need to figure out how to operate the education system, including classes in the open air, and the vaccination of teachers."

The country is already taking steps in that direction. According to reports, Israel is expected to vaccinate its 600,000 young people between the ages of 12 and 16, whereas the education system is already eyeing options for opening small classes, many of which will be held in the open air.

However, Davidovitch says that that would not be enough. For the pandemic to be over, vaccines have to be available worldwide and the international community should be joining forces and cooperating to achieve the goal of making the world free of the pandemic.

"Right now this cooperation is not working that well. So I think that we will still be facing some challenges in the upcoming year. And even then, it won't disappear but we will learn to control it."