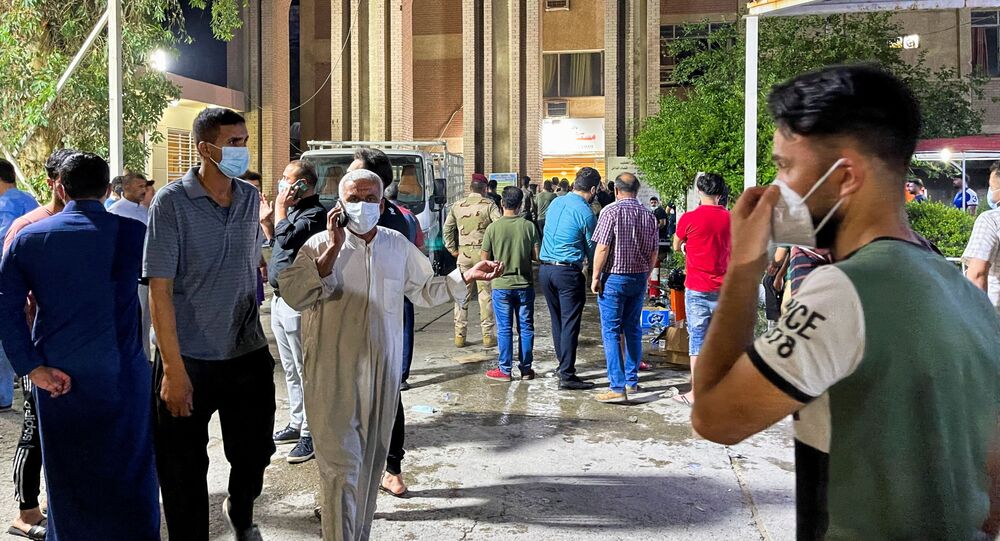 According to multiple reports, the building of the Ibn Khatib hospital, in the Diyala Bridge area of the Iraqi capital, Baghdad, caught fire on Saturday after an oxygen cylinder exploded.

At least 27 people died and 46 were injured in an Iraqi COVID-19 hospital that caught fire on Saturday, Reuters reported, citing medical sources.

The fire reportedly broke out after an oxygen tank exploded on the second floor, in a pulmonary intensive care unit for critically ill patients and their relatives. At the time of the explosion, according to the civil defence and emergency services, there were about 120 people in the two-storey hospital, and nearly 90 were saved.

Dozens of firefighting vehicles were deployed to the scene, with ambulances rushing the injured to other healthcare facilities. According to Major General Kadhim Bohan, the fire has been extinguished.

BREAKING: At least 29 dead after fire rips through #COVID19 intensive care unit in #Baghdad cause of blaze believed to be oxygen tank explosion pic.twitter.com/rcOz7XaMPS

Following the deadly incident, Iraqi Prime Minister Mustafa Al-Kadhimi ordered to launch an investigation into the causes of the tragedy and to detain the head of the Baghdad hospital.