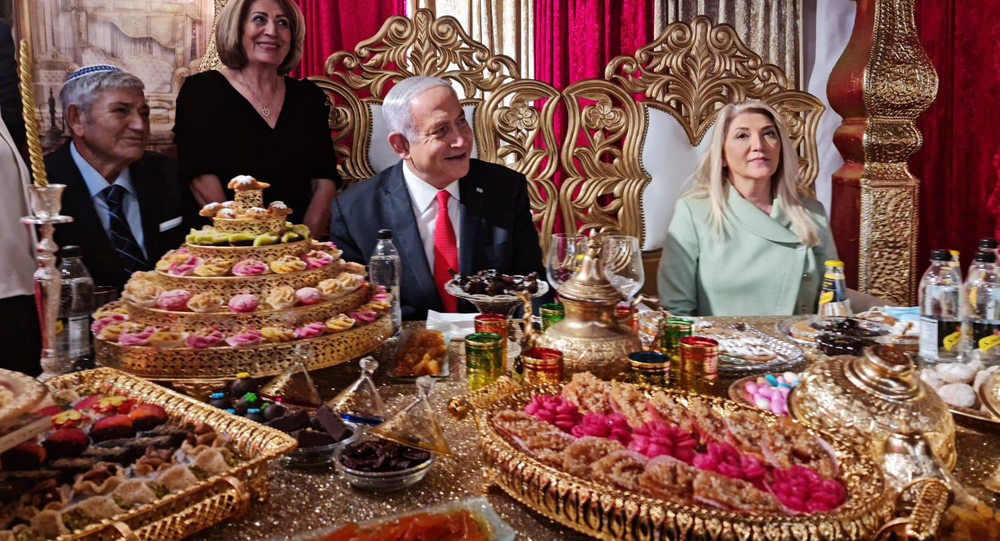 Israelis went to the polls last month for legislative elections to the Knesset, with the elections called in December after the collapse of the grand Likud and Blue and White-led coalition government.

Israeli Prime Minister Benjamin Netanyahu has expressed confidence in his party’s ability to form a new coalition government, telling constituents that such a coalition would be needed to tackle the many challenges facing the country.

“Faced with these challenges and the enormous opportunities before us, we now need a stable right-wing government for years to take care of all the citizens of Israel,” he added. “That is what is being demanded at the moment. And with the help of God, we will achieve it – and I believe it is possible.”

© CC BY-SA 3.0 / טל ענבר / Shavit 3rd stage
Iran Asks Why Israel Gets Preferential Treatment With IAEA Despite Its Arsenal of Nukes
Netanyahu’s Likud lost seven seats in the 23 March elections, taking 30 seats, accounting for one quarter of the country’s 120 seat Knesset parliament. The prime minister would need to cobble together a 61 seat coalition to form a new government, with his opponents also engaged in talks to do the same.

Israel has held a record four elections in the last two years, with each one ending in a political stalemate and weeks of negotiations to try to put together a coalition. The 2 March 2020 election saw the formation of an unlikely grand coalition between Likud, a right-wing party, and Blue and White, an alliance of centrists and liberals led by Defence Minister Benny Gantz, but the coalition collapsed in late 2020 after months of disagreement about the state budget.

Gantz warned Saturday night that a new “extreme far-right government headed by Benjamin Netanyahu” would be create an “unbalanced” government that “would bring upon us a disaster.”

“We will go with those who are honest in their values, we will keep at a distance those who have personal interests at heart,” the outgoing defence minister added.

Gantz previously indicated that he would “happily” recommend Yair Lapid, chief of the centrist Yesh Atid party, the chance to form a government if he saw it to be realistic possibility. Yesh Atid took 17 seats in last month’s election, adding to the 13 it took in March 2020 when it was part of the Blue and White alliance. The party joined opposition after Netanyahu and Gantz formed their grand coalition.

Naftali Bennett, leader of the Yamina "new right" alliance, met with Lapid Saturday night for coalition talks after meeting with Netanyahu on Friday. Lapid’s office described the talks with Lapid as “good” and said another meeting had been scheduled for a later date.

© REUTERS / RONEN ZVULUN
Israel’s Kingmaker: Why Mansour Abbas And United Arab List Could Hold Key To Power For Netanyahu
Israeli President Reuven Rivlin, a known critic of the recent seemingly never-ending cycle of elections, is expected to start consultations on the formation of a new government on Monday, the same day Netanyahu’s corruption trial is expected to resume. Netanyahu is implicated in several fraud, breach of trust, pay-to-play and graft cases. The prime minister has denied all charges against him.

Although the president ordinarily tasks the Knesset member with the most fellow legislators (in this case Likud) to form a government, he could theoretically ask any MP with doing so. Rivlin asked both Netanyahu and Gantz to form a government following the 2020 election. If a new government cannot be formed, another round of elections will be called.