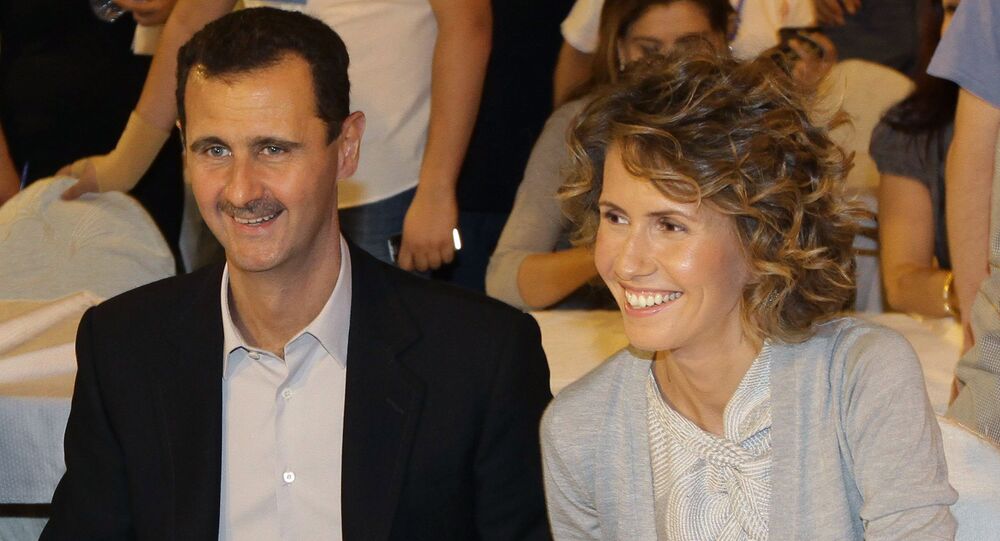 The Syrian first couple tested positive for the coronavirus on 8 March after experiencing mild symptoms, going into self-isolation and continuing to perform their duties under quarantine. Syria’s Covid response has been complicated by US and European sanctions, which have restricted the delivery of even basic medical supplies during the pandemic.

Syrian President Bashar Assad and his wife Asma have recovered from the coronavirus and returned to work as normal, the Syrian Arab News Agency has reported, citing the office of the president.

“After the end of the end of the quarantine period, the disappearance of symptoms of infection with Covid-19, and negative PCR test results, President Bashar Assad and Mrs. Assad resumed their work normally today,” the office indicated, adding that the couple wished others suffering from the disease a speedy recovery.

Syria has reported a sharp rise in infections in February, with a national vaccination campaign formally kicked off earlier this month. Officially, the country has registered less than 19,000 cases of Covid-19 and 1,200 Covid-related deaths. However, lack of testing and severe damage to Syria’s healthcare system caused by the war have led to fears that the situation may be much worse.

Damascus’ allies have sought to assist the country in its battle against the virus, with Syria approving the use of Russia’s Sputnik V vaccine in February and receiving a relief batch containing an unknown number of doses, with the Arab Republic announcing last week that it expects another batch to arrive in April.

On Monday, Zhang Jun, China’s permanent representative to the UN, confirmed that China had delivered some 150,000 doses of a coronavirus vaccine to Syria.

Syria has gone through a brutal foreign-backed civil conflict, with the war killing hundreds of thousands of people, uprooting millions more and destroying hundreds of billions of dollars’ worth of infrastructure. The conflict has left Syria’s healthcare system in dire need of reconstruction assistance. These efforts have been severely complicated by US and European sanctions, which have restricted the delivery of even basic medicines and foodstuffs.

Russian Deputy Foreign Minister Sergei Vershinin recently slammed the West’s inhumane sanctions policy against Damascus, accusing Washington of pursuing a two-pronged strategy of “economic strangulation” of Syria through a combination of sanctions and the pillaging of oil and food resources from the country’s northeast.