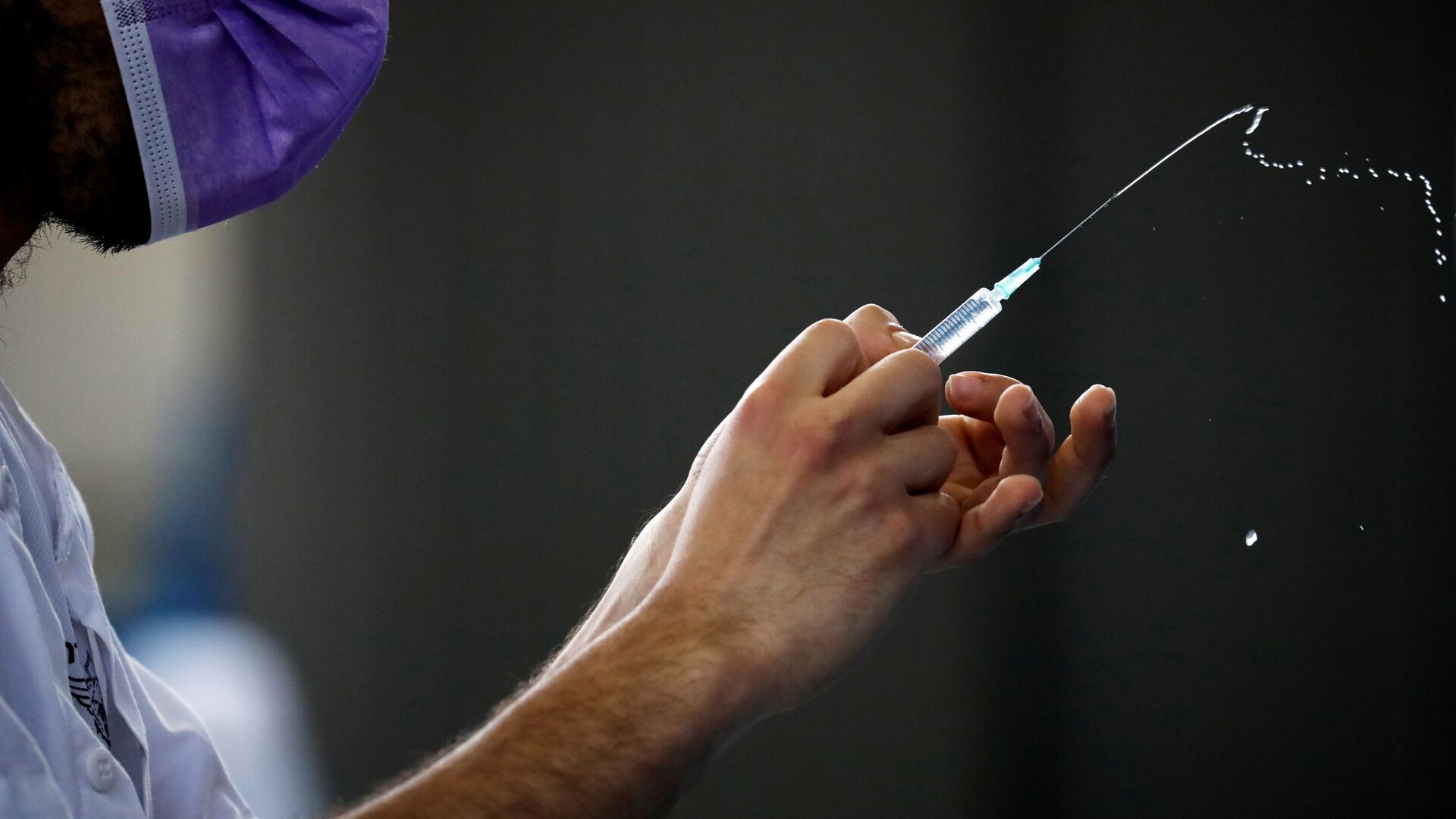 Oleg Burunov
All materialsWrite to the author
The prisoner swap deal envisaged exchanging an Israeli woman, whose identity was not disclosed, for two Syrian citizens, Nihal al-Maqt and Dhiyab Qahmuz, one of whom resided in the Golan Heights.

While Western news outlets reported that there was a secret clause in a recent prisoner exchange deal between Damascus and Tel Aviv, the state-run Syrian news agency SANA has rejected such speculation, citing an unnamed source.

The source described the reports as "fabricated information" meant to tout Israel as a humanitarian nation and to improve its political image. Neither Syrian nor Israeli government officials have commented on the matter yet.

This comes after the news outlet Asharq Al-Awsat reported that Tel Aviv had covertly agreed to buy an undisclosed number of doses of the Russian-made COVID-19 vaccine Sputnik V for transfer to Syria in exchange for an Israeli woman's release.

Some media outlets claimed that hundreds of thousands of doses worth more than a million dollars had been delivered to Syria as part of the prisoner exchange deal between Israel and President Bashar Assad's government.

The reports come after Israeli Prime Minister Benjamin Netanyahu said on Friday that he had thanked Russian President Vladimir Putin for his assistance in returning an Israeli citizen from Syria.

"Several days ago, a young Israeli woman crossed the border with Syria. I had two conversations with my friend, Russian President Vladimir Putin. I have asked him to assist in returning her, and he acted. I would like to thank him for once again supporting us in returning our citizens to Israel", Netanyahu said in a televised address posted on his official Twitter page on Thursday night.

The SANA news agency, in turn, reported at the time about a Russian-brokered prisoner swap deal that stipulated freeing Syrians Nihal al-Maqt and Dhiyab Qahmuz in exchange for the release of "a young Israeli woman".

Al-Maqt, a Syrian resident of the northern Golan Heights, reportedly comes from a family of prisoners, who have repeatedly opposed Israel's control over the area. The man was indicted by an Israeli court in 2017 for incitement.

Syria Calls Israel Main Beneficiary of Middle Eastern Crises - Deputy Foreign Minister
Israel seized the Golan Heights from Syria during the Six-Day War in 1967, and has been in control of the area since 1981 after passing the controversial Golan Heights Law. The status of the mountain plateau is considered one of the main sticking points in the Israeli-Syrian conflict.

In a separate development this week, the Russian president's special envoy for Syria, Alexander Lavrentyev, said that Moscow is ready to provide Damascus with the Sputnik V coronavirus vaccine after its approval and registration by the Syrian Health Ministry.