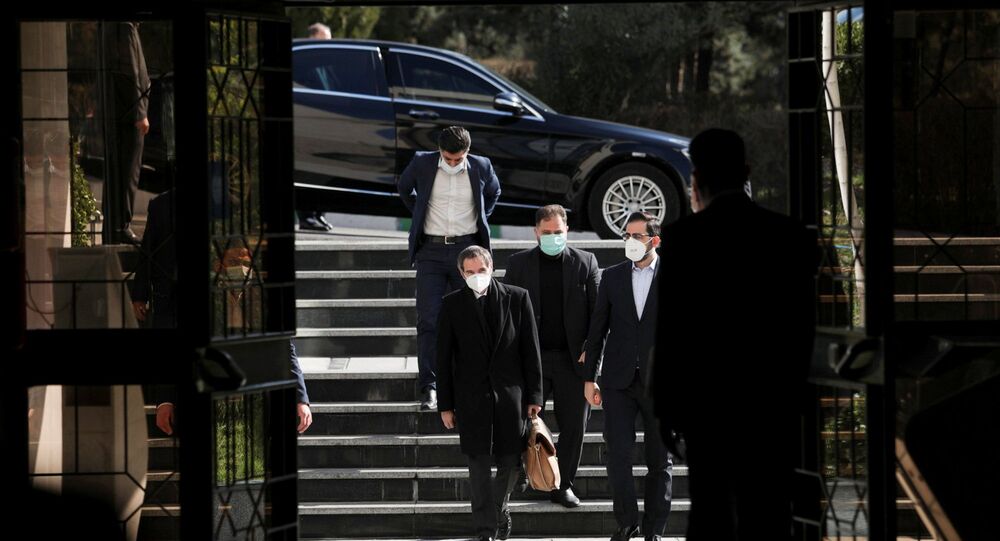 Israel is a fierce opponent to the possible reconstruction of Iran’s 2015 Joint Comprehensive Plan of Action (JCPOA), which it considers not strict enough, and is reportedly contemplating taking part in the negotiation process, presenting its own demands, particularly related to Iran's ballistic missile programme and alleged support for Hezbollah.

Israeli Defense Minister Benny Gantz said on Wednesday, cited by The Jerusalem Post, that any agreement that Iran could have concluded with other potential parties to the deal should be “one that ends its nuclear project, enables long-term effective oversight and inspection, and puts a stop to Iranian entrenchment in Syria, Yemen and Iraq”.

According to him, the Israeli Defense Forces (IDF) are now preparing for several scenarios, including one in which Israel would need “to prevent Iran from obtaining nuclear weapons”. Referring to Iran’s recent moves to develop its nuclear capability, the minister claimed that world powers should unite their efforts because Iran is “a global and regional problem” that threatens Israel.

Earlier Foreign Minister Gabi Ashkenazi noted that Israel considers these steps “as a threat that cannot be left without a response”. Despite Iran’s numerous claims that it does not seek to develop nuclear weapons and is ready to re-enter into commitments under the JCPOA in the event that the US returns to the deal, Ashkenazi stated that without any control, Iran “will continue to act in the dark to promote its nuclear plan”.

“We will never allow Iran the capability to attain a nuclear weapon,” he said.

Israel has been repeatedly opposing the current format of the nuclear deal, alleging that it could help Tehran “pave Iran’s path to a nuclear arsenal” and urging the other signatories to insist upon a stricter deal.

The future of the JCPOA remains uncertain, as Iran started to steadily walk back from its nuclear commitments after the US left the agreement in 2018, citing the necessity of a broader deal.

On Thursday, US State Department spokesperson Ned Price said that Washington would “accept an invitation from the European Union High Representative to attend a meeting of the P5+1 and Iran to discuss a diplomatic way forward on Iran’s nuclear programme".

Given numerous reports, claiming that Israel potentially possesses between 80 and 400 nuclear warheads, Tel-Aviv is aimed at preventing Iran from acquiring a nuclear arsenal in a bid to maintain its monopoly over nuclear weapons in the Middle East region.