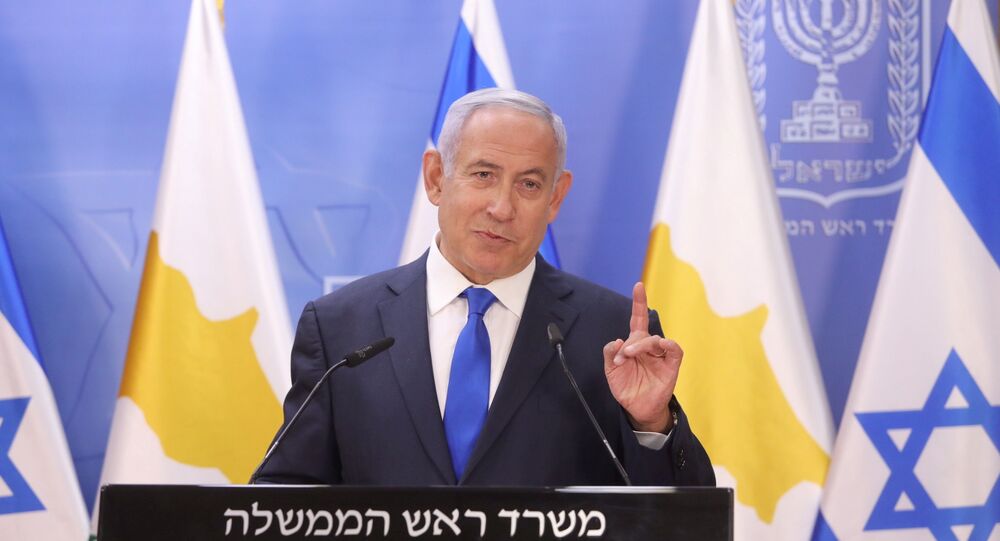 Israel has opposed a potential revival of the JCPOA - an agreement that required Tehran to scale back its nuclear program and downgrade its uranium reserves in exchange for sanctions relief. Netanyahu himself has urged the new US administration not to return to the deal and instead cooperate with Israel in confronting Iran.

Israeli Prime Minister Benjamin Netanyahu has reacted to a recent statement by the State Department concerning the talks on reinstating the nuclear agreement with Iran.

“Israel remains committed to preventing Iran from getting nuclear weapons and its position on the nuclear agreement has not changed,” the Prime Minister’s Office said in a statement. “Israel believes that going back to the old agreement will pave Iran’s path to a nuclear arsenal.”

“Israel is in close contact with the United States on this matter,” he added.

Washington said Thursday it would accept an invitation to attend a meeting with the other permanent members of the UN Security Council  - Russia, France, the United Kingdom, China - plus Germany, the so-called P5+1 group, as well as Iran, to discuss Tehran's nuclear program.

Furthermore, US Acting Permanent Representative to the UN Richard Mills announced that Washington withdrew ex-president Donald Trump administration's request to reimpose all UN sanctions against Iran. At the same time, the White House said Friday it had no plans to ease sanctions imposed on Iran ahead of the anticipated P5+1 talks.

Referring to Washington's statement, the Iranian Foreign Ministry said that the P5+1 group of nations that signed the Iran nuclear deal is no longer in existence, adding that the US must lift anti-Iranian sanctions to revive this format.

Reminder: Because of US withdrawal from JCPOA, there is NO P5+1.

Remember, Trump left the room and tried to blow it up.

Gestures are fine. But to revive P5+1, US must Act: LIFT sanctions.

Here is the key sequence: #CommitActMeet

Netanyahu became the first Middle East leader US President Joe Biden called after assuming office on January 20. Among other things, they discussed regional security issues, including those related to Iran. Earlier, Netanyahu called on Biden to “confront common challenges, chief among them the threat posed by Iran.”

In mid-January, Israeli media reported that the Biden administration was negotiating Washington's return to the deal, possibly to introduce certain changes to it. Chief of the General Staff of Israeli Defense Forces Lt. Gen. Aviv Kohavi said back then that “anything that looks like the current agreement or an improved version of it” would be a bad deal from the operational and strategic points of view and, therefore, unacceptable to Israel.

Israel itself is not a party to the nuclear deal. At the same time, there is widespread speculation that it could be in possession of nukes, including reports of about 90 nuclear warheads. The International Panel on Fissile Material (IPFM) reported that “significant new construction” was underway at the Dimona site in Israel, with satellite images attached. Israel has not commented on the reports.

Ties between Israel and Iran suffered a new round of escalation in late November following the assassination of prominent Iranian nuclear scientist Mohsen Fakhrizadeh, who used to be one of the key figures behind Iran's nuclear program. Tehran blamed the assassination on Israel.