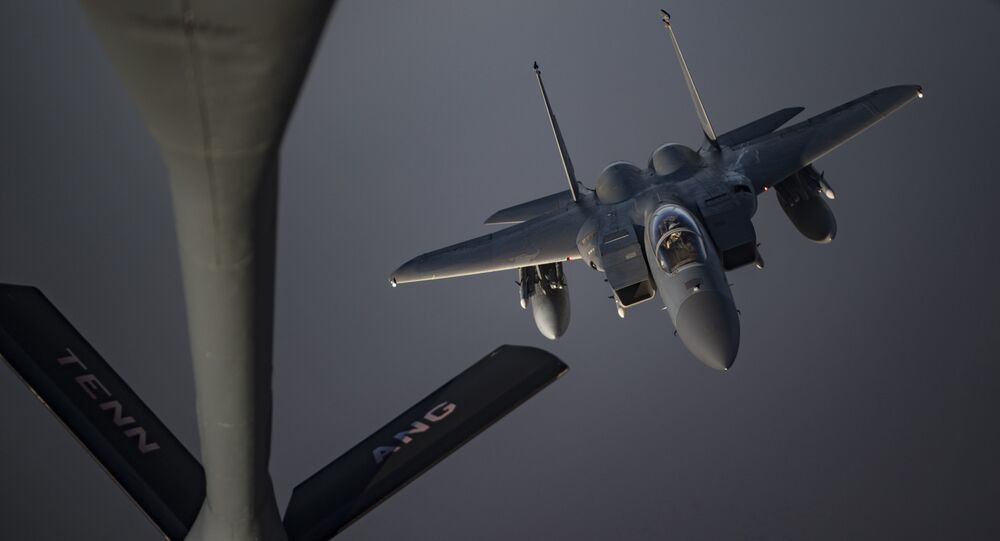 The Iraqi and Syrian militaries and their allies have spent the past three years engaged in mop-up operations to liquidate the remnants of the so-called Daesh (ISIS)* ‘Caliphate’ – a vast jihadist-controlled territory which once stretched across wide swathes of northern and western Iraq and eastern Syria.

The US-led coalition against Daesh says its forces took part in the elimination of senior Daesh commander Jabbar Ali Farhan al-Issawi, aka Abu Yasser, with coalition spokesman Wayne Marotto reporting that the terror commander was killed in a US airstrike near Kirkuk, northern Iraq, on Wednesday in a joint mission together with Iraqi Special Operations Forces.

“Yasir’s death is another significant blow to Daesh resurgence efforts in Iraq. The Coalition will continue to remove key leaders from the battlefield and degrade the terrorist organization,” Marotto tweeted.

“As we gain additional insight into the considerable damage inflicted on senior Daesh leadership networks in Iraq, we highlight that this success was enabled by critical intelligence and support of the Iraqi National Intelligence and its brave officers,” the officer added.

Marotto account of the operation tells a slightly different version of the story from the one told earlier by Iraqi Prime Minister Mustafa Al-Kadhimi, who tweeted Thursday that “deputy caliph” Abu Yasser had been killed by Iraq’s “heroic armed forces…as part of an intelligence-led operation.”

The operation to eliminate Abu Yasser comes in the wake of deadly dual blasts at a Baghdad open-air market on 21 January which killed at least 32 and wounded over 100 others.

“I gave my word to pursue Daesh terrorists, and we gave them a thundering response,” Al-Kadhimi said in his tweet.

Iraq declared victory over Daesh in late 2017 after clearing the last major terrorist-held enclave of militants in operations waged together with US air power and Baghdad-allied Shia militias supported by Iran. In 2019, the US announced that Daesh leader Abu Bakr al-Baghdadi had been eliminated in Syria during a special operation by US forces.

© AP Photo / Sgt. Justin Updegraff
New Pentagon Chief Might Revise Number of Troops in Afghanistan, Iraq, Reports Suggest
Al-Kadhimi has pressured the US to substantially draw down its presence in his country over the past six months, saying in early January that he expects only ‘hundreds’ of US troops to remain in Iraq to train and provide ‘technical support’ to Iraqi forces, and stressing that Iraq will not allow itself to be turned into an arena for regional or international conflicts.

Relations between Iraq and the US cooled significantly last January following the US assassination of a senior Iranian military commander in a drone strike in Baghdad. The strike prompted Iraq’s parliament to issue a resolution demanding the withdrawal of US forces. Washington responded by pulling out thousands of troops and closing multiple bases. In November, Trump replaced his Pentagon chief to ensure a continuation of the drawdown to 2,500 troops total in both Iraq and Afghanistan by the end of his tenure.