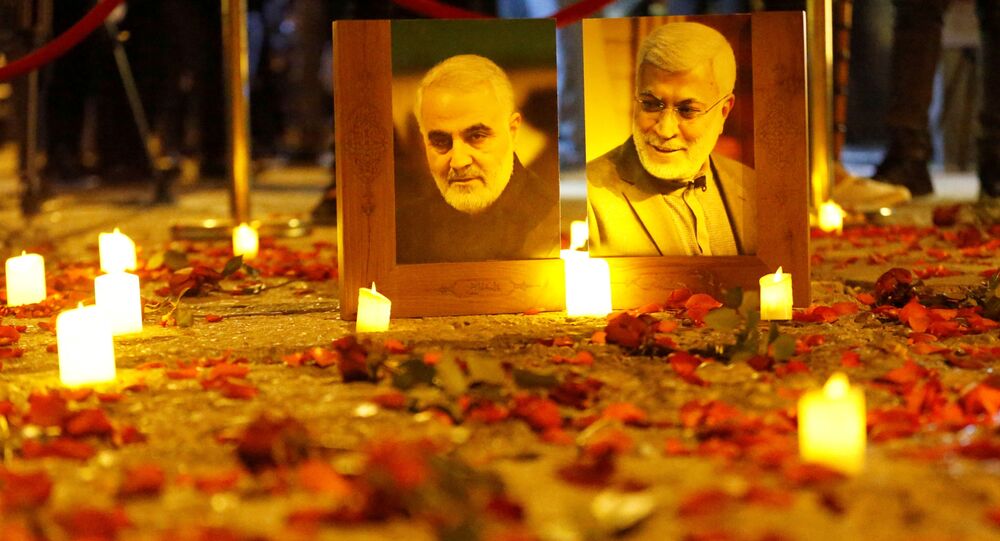 The commander of the elite Quds Force was killed precisely a year ago by an American drone strike when he was leaving the Baghdad International Airport accompanied by the deputy head of Iraq's Popular Mobilisation Forces, Abu Mahdi al-Muhandis.

A ceremony marking the one-year anniversary of General Qasem Soleimani's assassination is being held in his home city of Kerman, Iran. Thousands of people earlier flooded the site, where Soleimani was killed last year, near the Baghdad International Airport to pay tribute to the late general.

On 3 January 2020, Quds Force Commander Qasem Soleimani and deputy head of Iraq's Popular Mobilisation Forces Abu Mahdi al-Muhandis were killed in a drone strike ordered by US President Donald Trump. The strikes led to a major escalation of tensions in the region, bringing Iran and the United States to the brink of war as Tehran retaliated with missile strikes targeting American military bases in Iraq.

Even though the strike didn't cause any serious damage and didn't lead to casualties, dozens of American troops were hospitalised with concussions. Iran has since repeatedly vowed to avenge Soleimani's death.