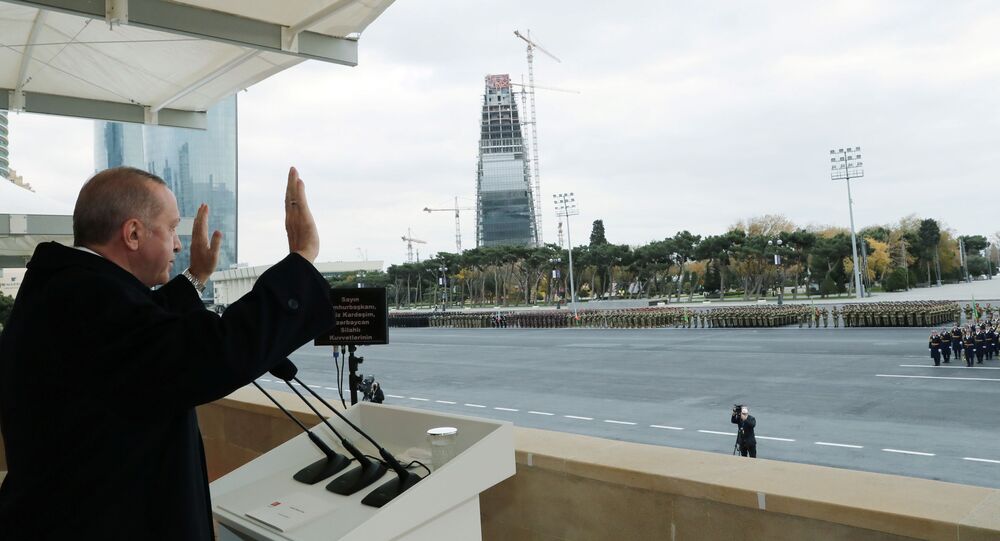 Recent tensions between the two nations emerged after the Turkish leader recited an Azerbaijani poem at the military parade in Baku, which Iran claimed had "separatist" undertones.

Altun referred to the statements recently made by some Iranian officials concerning the Azerbaijani poem Erdogan recited when attending the victory parade in Baku held to mark the end of the Karabakh war. The poem refers to what Iranian Azeris call the separation of Iranian Azerbaijan, a region in northwestern Iran, from the Republic of Azerbaijan by the Aras River.

"We condemn the use of offensive language towards our president and our country over the recitation of a poem, whose meaning has been deliberately taken out of context", the newspaper quoted Altun as saying.

"Our minister said that the poem, recited by Erdogan, appeals not to Iran, but to Karabakh. Since there are diplomatic channels, through which this issue might be discussed, reckless and strong statements made by Iran and aimed at our president are unacceptable", the source said.

Zarif slammed the recited lines on Friday as referring to "forcible separation of areas north of Aras from Iranian motherland".

Pres. Erdogan was not informed that what he ill-recited in Baku refers to the forcible separation of areas north of Aras from Iranian motherland

Didn't he realize that he was undermining the sovereignty of the Republic of Azerbaijan?

NO ONE can talk about OUR beloved Azerbaijan

According to the Turkish Foreign Ministry, Erdogan had not been aware of "sensitivities surrounding the lines" of the poem he recited in Baku.