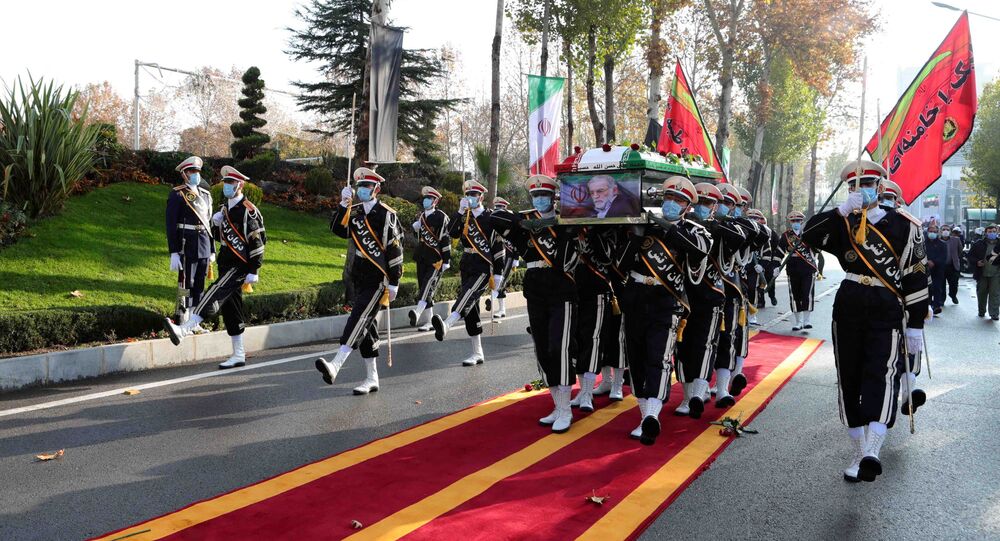 MOSCOW (Sputnik) - Iranian Defence Minister Amir Hatami, during the funeral ceremony for assassinated nuclear scientist Mohsen Fakhrizadeh on Monday, warned that Tehran would respond to the crime committed against the country.

"In line with the instructions of the Leader of the Islamic Revolution, we won’t stop pursuing the case of the criminals and perpetuates of the terrorist attack," Hatami said, as quoted by the Mehr News Agency, stressing that Fakhrizadeh's death would not go unanswered.

The minister added that the Iranian government on Sunday decided to double the innovation center's budget for the next fiscal year.

"I sincerely thank all nations and governments who voiced their objection over the assassination," Hatami added.

Fakhrizadeh, the head of the ministry's innovation center, was killed in an attack near the northern Iranian town of Absard on Friday. According to media reports, the scientist was killed by a remote-controlled machine gun after he got out of his armored car. The assassination came two days before the 10th death anniversary of another Iranian nuclear physicist, Majid Shahriari.

Hours after Fakhrizadeh's death, Iranian Foreign Minister Mohammad Javad Zarif said that the killing of the nuclear scientist appeared to involve Israel in some way and should be condemned by the international community, while Iran's Ambassador to the United Nations Majid Takht Ravanchi has warned the United States and Israel against "adventuristic" steps.

Israeli Prime Minister Benjamin Netanyahu's office told Sputnik that it would not comment on the Iranian statements regarding the alleged Israeli engagement in Fakhrizadeh's assassination.