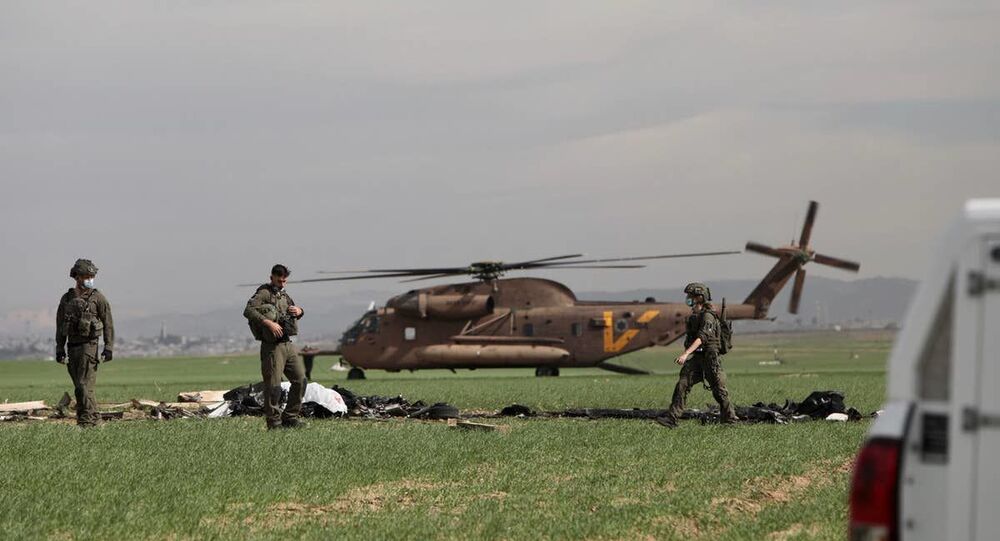 Photos uploaded on social media show parts of the plane scattered on the ground. According to local media, two military search and rescue helicopters have arrived at the crash site. Police have cordoned off the area.

Two people died after a light plane crashed in southern Israel, local media reported. The aircraft went down in an open field, causing a fire. One paramedic said that the plane was still on fire when they arrived at the scene. According to the medic, the victims, two men, were unconscious and in critical condition, but were later pronounced dead.

​There is no information about the cause of the crash. According to The Times of Israel, investigators are looking into the possibility that the pilot didn’t have time to report a malfunction. Other local media reported that the pilot had attempted to perform an emergency landing. Spokesman for the Israeli Defence Forces, said at some point during the flight air controllers lost contact with the plane.

​Local media said the victims have been identified as an officer, who had served as a commander of an F-16 squadron, and an Israeli Air Force (IAF) cadet, who had been training to become a pilot over the past four months. It is unclear who was flying the plane.

​The airplane was a Grob G 120, a two-seater long-wing aircraft used to train would-be-pilots. It entered service with the IAF in 2002.