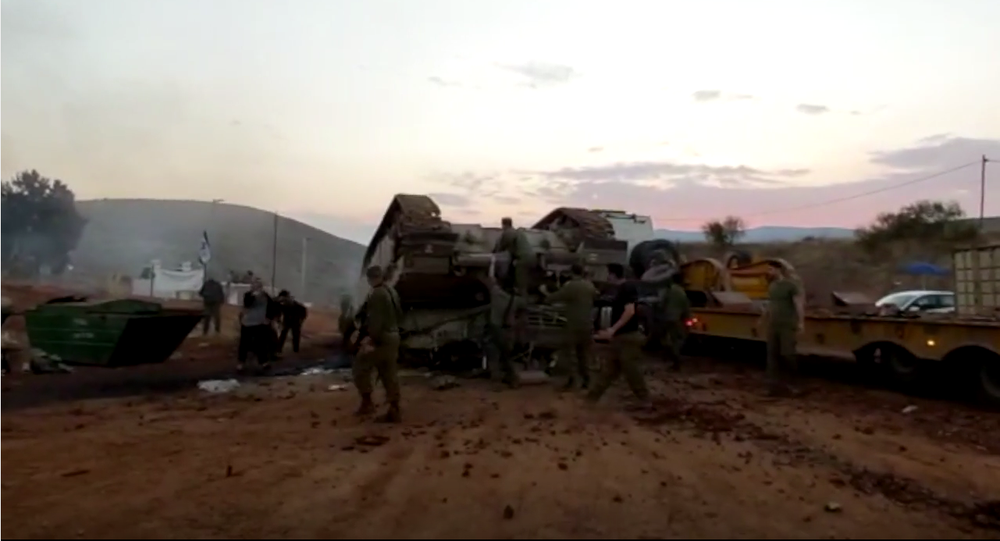 A video of the Israeli Defence Force (IDF) Merkava tank flipping over during a routine drill emerged on social media on Sunday, garnering swift attention. The Israeli army was informed of the accident, and later stated that no one suffered injury.

As can be seen in the video, the IDF tank was slowly driving onto a transport truck during a military drill in the Jordan Valley, when suddenly, while boarding it began to accelerate and then flew over the side of the vehicle, next landing upside down, presumably activating the tank's fire suppression system.

The IDF stated that no one was injured in the mishap, according to the Israeli Broadcasting Corporation (KAN). A 24 year-old bruised driver was taken to a hospital in Jerusalem, where he will remain for a medical check-up.

“He will remain for treatment and observation until tomorrow,” the newspaper quoted a hospital spokesperson.

The military launched an investigation into the accident. The IDF division in which the accident with the assigned tank occurred has reportedly imposed a prohibition on the use of armored vehicles until preliminary results of the probe are released.

The driver said the armored vehicle continued accelerating after he took his foot off the gas, local news channel reported.

In 2019, a tank flipped over during an army drill in northern Israel. No crew member was harmed during the accident. However, in September 2017, two Israeli army soldiers were killed, and four injured, when a motorized howitzer in which they were traveling flipped over during a night training exercise in the Golan Heights.