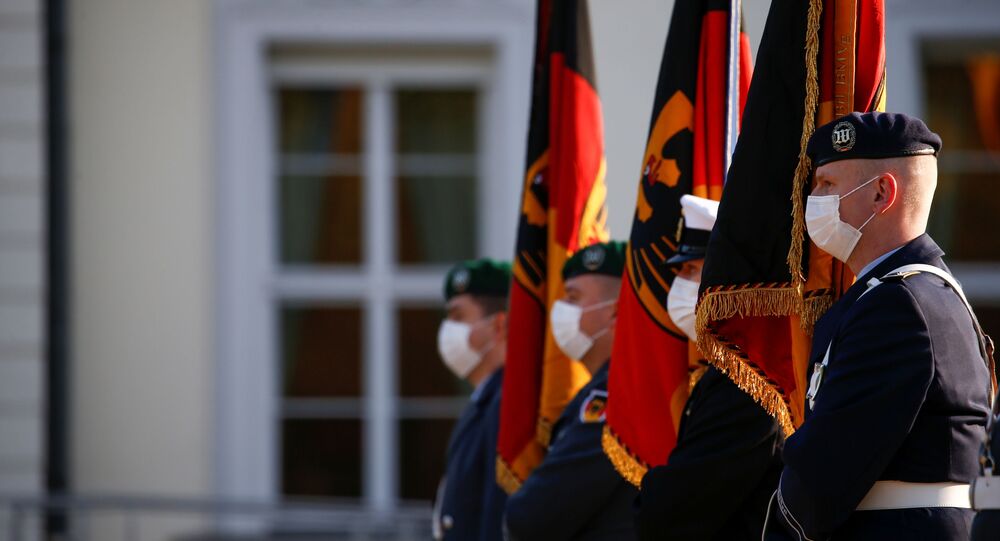 MOSCOW (Sputnik) - The German Armed Forces, Bundeswehr, continues to invest in military facilities in Afghanistan and plans to allocate nearly 50 million euros ($59 million) for the construction of bases, despite a possible withdrawal of troops in the foreseeable future, Der Spiegel reported on Friday, citing internal Bundeswehr documents.

Earlier in the day, the Rheinische Post newspaper reported that the German Defense Ministry is considering a complete withdrawal of its troops from Afghanistan in less than four months. A defense official told the newspaper that Berlin was mulling withdrawing troops even before a similar announcement was made by the Trump administration.

According to Der Spiegel, Bundeswehr plans to allocate funds for the construction of two bases — one in Afghanistan’s Mazar-i-Sharif city and another in the Kunduz province. In particular, the construction of premises for Heryon-type drones and ground infrastructure for NH90 helicopters, which would in December replace old CH-53 models, is planned.

The Defense Ministry is set to go ahead with investment plans as the timing of the withdrawal of troops is not yet determined, while the military requires new infrastructure for security reasons, the newspaper suggested. Der Spiegel also reported that Berlin recently canceled some 20 million euros in other Afghanistan-related defense projects.

Earlier this week, US Acting Defense Secretary Christopher Miller suggested that the the Pentagon would cut the number of its troops in Afghanistan from 4,500 to 2,500 by January 15, in line with Trump's initiative, adding that a complete withdrawal of US military personnel is expected by May 2021. Miller said he had already briefed the Afghan president, Ashraf Ghani, on the plans.

‘Premature’ US Military Exit From Afghanistan Would Have Disastrous Consequences, McConnell Warns