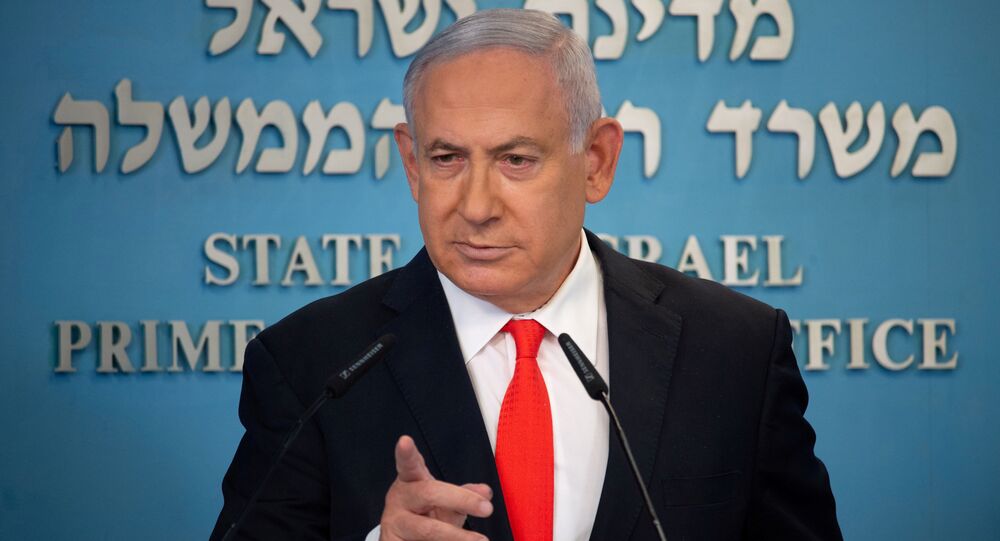 A corruption trial against Benjamin Netanyahu kicked off in May and is due to resume in January. The Israeli prime minister has repeatedly rejected graft charges as an attempt to topple him "in any way possible".

Israel's Deputy Attorney General (AG) Dina Zilber has lashed out at Prime Minister Benjamin Netanyahu over his attacks on the Jewish state's judiciary, which she likened to the Protocols of the Elders of Zion, a fabricated anti-Semitic text that accuses Jews of world domination.

In an address to an online conference held by the Israel Democracy Institute on Sunday, Zilber specifically referred to Netanyahu's and his allies' repeated claims that his indictment over corruption charges is part of a coup, aimed at overthrowing the government.

"Instead of looking inward, they look away and […] create an imaginary reality of a prosecution within the prosecution, or of a state of bureaucrats scheming in the darkness, plotting a judicial coup. Add some blood to the mix and you have — with a twist — a crazy comeback of the Protocols of the Bureaucrats of Zion", she said, referring to "a culture of scapegoating instead of taking responsibility".

In an apparent nod to the Israeli PM, Zilber said that "sometimes, in order to not admit the truth of a lack of leadership, the fan is turned on to blow the blame in all directions".

She also mentioned Netanyahu's dissatisfaction with unspecified officials trying to hamper the cabinet's ability to effectively govern, adding, "the emperor's new clothes over the past few years have been the discourse about governability".

The remarks came a few months after Netanyahu demanded a probe into the investigators who brought corruption charges against him. The first hearing of the graft trial against the Israeli prime minister took place in May and will be resumed in January.

"It is clear that the police and prosecution are making political decisions against justice and law in order to topple a right-wing prime minister. This conduct must be investigated", Netanyahu underscored.

He previously blasted the cases against him as an "attempted coup" following Attorney General Avichai Mandelblit's announcement that he would indict Netanyahu on three criminal cases known as case 1000, case 2000, and case 4000.

Under case 1000, the prime minister is accused of fraud and breach of trust over allegations of receiving valuable gifts, such as cigars and champagne, worth some $180,000 from billionaires between 2007 and 2016, allegedly in exchange for political favours.

Case 4000, known as the Bezeq affair, is connected with suspicions that while working as communications minister in 2014-2017, in addition to his prime ministerial post, Netanyahu was helping the Israeli telecom giant Bezeq, controlled by Shaul Elovitch, in exchange for a beneficial image of Netanyahu and his policies in the media.