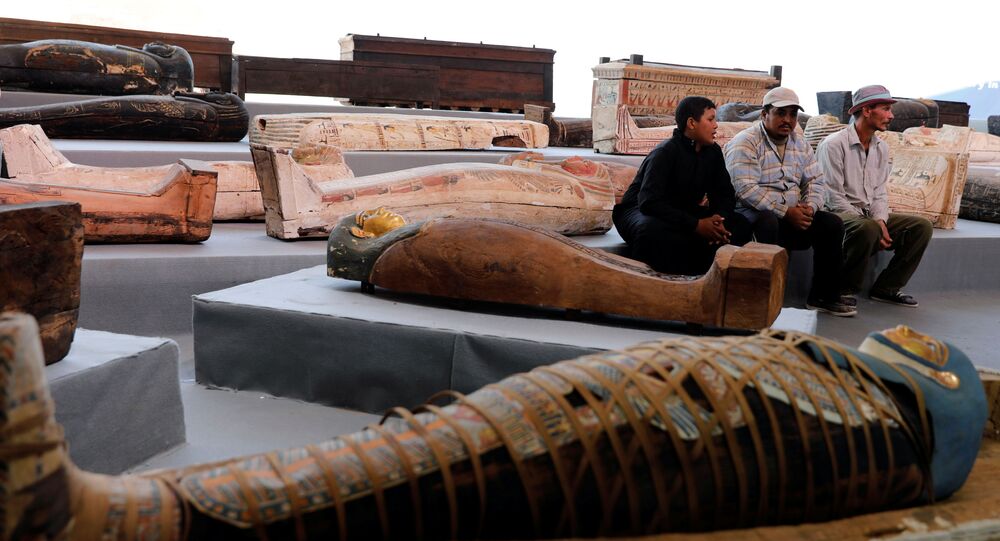 Other discoveries made at the site also include over 40 statues of ancient deities and funerary masks.

Egyptian authorities have announced a major archaeological discovery at the Saqqara necropolis south of Cairo, where nearly a hundred intact ancient sarcophagi have been found.

The coffins were discovered inside three burial shafts at depths of about 12 meters; when opened by archaeologists, one of the coffins revealed "a mummy wrapped in a burial shroud adorned with brightly coloured hieroglyphic pictorials”, according to AFP.

"Saqqara has yet to reveal all of its contents. It is a treasure," Antiquities and Tourism Minister Khaled al-Anany said at the unveiling ceremony. "Excavations are still underway. Whenever we empty a burial shaft of sarcophagi, we find an entrance to another."

The minister also said that over 40 statues of ancient deities and funerary masks were found, adding that yet another discovery made at the necropolis is expected to be announced in the coming weeks.

The newly uncovered artefacts are going to be distributed among several museums in Egypt, such as the “yet-to-opened Grand Egyptian Museum at the Giza plateau”, the media outlet notes.