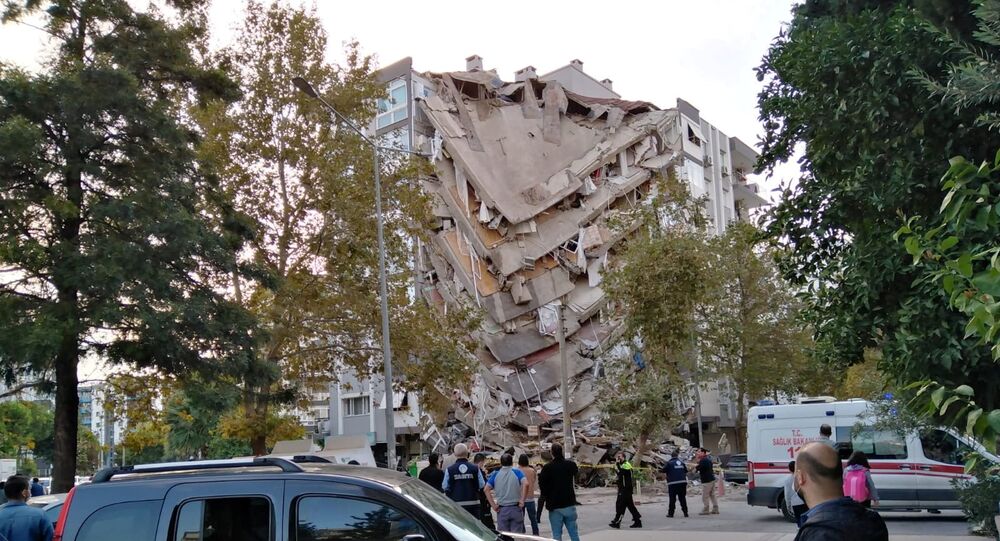 Tremors struck the Mediterranean region yesterday, hitting Turkey and Greece and claiming at least 25 lives and injuring over 800. The quake even caused a small tsunami that flooded the streets of Sigacik in Izmir.

A powerful aftershock, 5.0 on the Richter scale, has hit Turkey, the Disaster and Emergency Management Presidency (AFAD) stated, noting it was the strongest among the 400 aftershocks to hit the nation following Friday's quake.

In the meantime, Athens has reported that the earthquake damaged historical sites and museums on the Greek islands of Chios and Samos.

We are still feeling #aftershocks in #İzmir. Some of them are #earthquakes with more than 4.0 magnitude. Some people spent their night in the cars or parks. @Kizilay, with its team and volunteers, is still on the ground providing assistance to rescue workers and affected people. pic.twitter.com/RlCjPVwV1p

​The epicentre of Friday’s earthquake was located some 17 km (11 miles) off the coast of Izmir Province, at a depth of 16 km, according to AFAD.

Earthquake, aftershocks and tsunami cause serious damage in Turkey's Izmir

​Tremors could be felt in numerous provinces in the country's west, as well as in Istanbul, Turkish media reported.