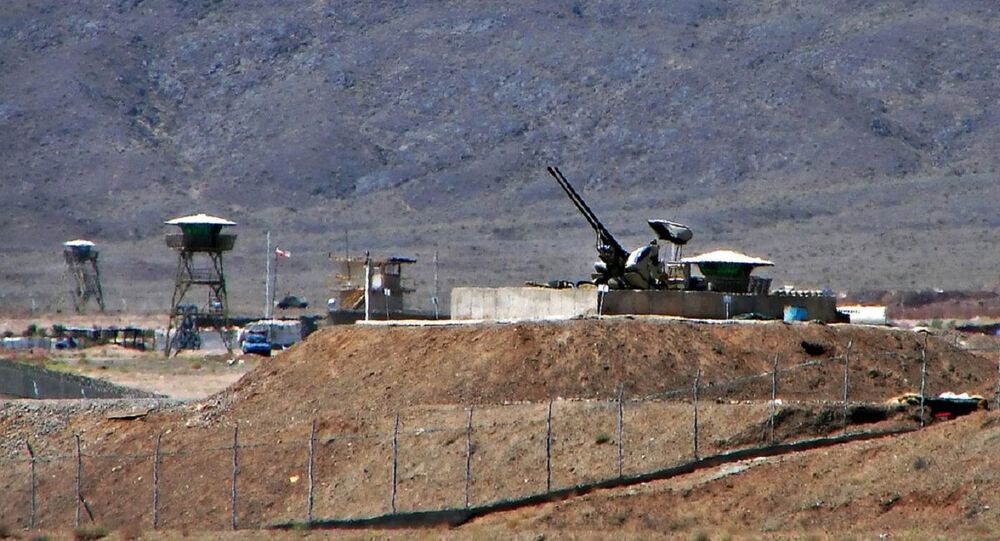 In July, Iran’s key enrichment site in Natanz suffered significant damage as a result of a major explosion. The country’s Atomic Energy Organisation later said that the incident was a result of sabotage.

Satellite images have revealed ongoing construction at the Natanz nuclear facility in Iran following a July explosion at the site that had severely damaged the country’s largest centrifuge assembly plant, the Associated Press reported, citing footage provided by Planet Labs.

​One of the photos, as analysed by experts from the Middlebury Institute of International Studies’ James Martin Center for Nonproliferation Studies, purportedly shows that the area has been cleared away with something resembling construction equipment, as a new road to the south of Natanz has reportedly been built there since August.

Last week, the director-general of the International Atomic Energy Agency (IAEA) Rafael Grossi said that Tehran had informed the monitoring mission about ongoing construction in the area.

Despite the demise of the Joint Comprehensive Plan of Action (JSPOA) agreement after the US' unilateral withdrawal in May 2018, Iran still provides international inspectors with access to its nuclear sites, the IAEA said.

In September, the head of Atomic Energy Organisation of Iran (AEOI), Ali Akbar Salehi, confirmed that Tehran had begun building “a more modern, larger and more comprehensive hall in all dimensions in the heart of the mountain near Natanz” after a blast on 2 July created almost-irreparable damage to the main assembly hall section at the site. The facility, which was inaugurated in 2018, was a key place for the mass production and assembly of centrifuges.

The agency officials called the fire and subsequent explosion “sabotage” and later said that they managed to identify “the forces” responsible for the incident following an investigation, however, stopped short from directly naming them.