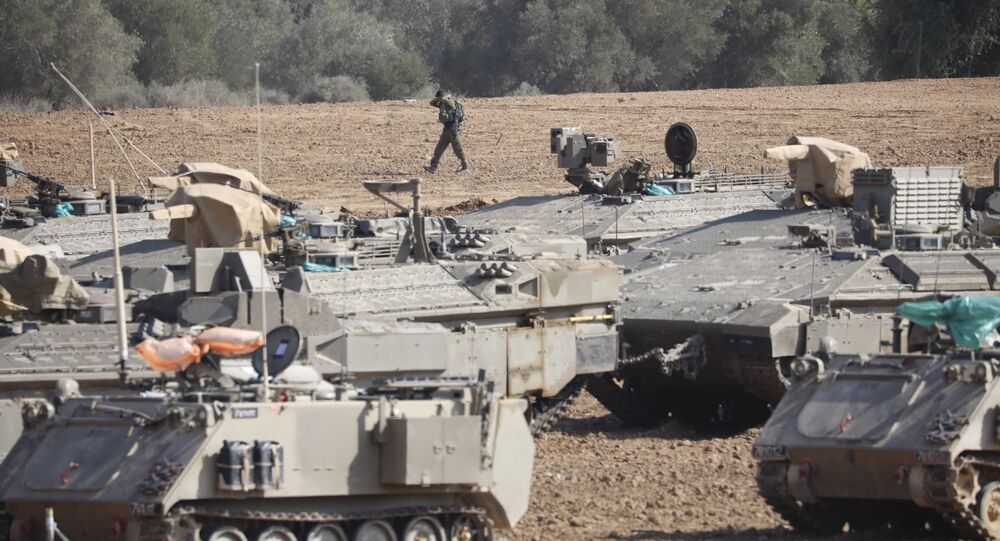 Neither Israel nor Hamas are interested in a war, says a Gaza-based expert, stressing that the situation might still spiral out of control, given the deteriorating economic conditions of the Strip.

The southern command of the Israel Defence Forces is reportedly prepping for the possibility of yet another round of escalation with Hamas, an Islamic group that controls the Gaza Strip.

According to Israeli media, the confrontation might take place in October, just weeks after the IDF and Hamas reached an agreement stipulating that the Islamic group would stop the launch of its incendiary balloons into the Jewish state in exchange for a number of concessions.

But Adnan Abu Amer, a Gaza-based political analyst, who has been monitoring the situation closely, says neither Hamas nor Israel are ready for such a confrontation, simply because it would bring zero benefits to the two rivals.

For Prime Minister Benjamin Netanyahu who is currently fighting the raging coronavirus that has already claimed the lives of more than 1,500 Israelis, a war with Gaza would be problematic and could translate into a further drop in his ratings which have seen a decline in the past couple of weeks.

Anti-Netanyahu protests, taking place despite the pandemic, could be a deterring factor too, especially given that they could push more people onto the streets across Israel, demanding the government provide a just solution to the Palestinian issue, a phenomenon the Jewish state has already seen in a number of previous rallies.

© REUTERS / MOHAMAD TOROKMAN
Partners in Crime: Are Abbas, Hamas and Israel United Against Palestinian Elections?
In neighbouring Gaza, Hamas has its own concerns. The fresh memories of the three past wars, which caused billions of dollars in damage has been a deterring factor for the Islamic group, who has refrained from engaging in a full-scale confrontation with Israel, opting instead for sporadic barrages of rockets and the launch of incendiary balloons.

Another deterring factor has been the raging coronavirus that has already infected more than 50,000 in the West Bank and the coastal enclave.

The Impossible Still an Option

So far, Israel and Hamas have cooperated on the handling of the pandemic, with the Jewish state providing the Strip with medical supplies and assistance in a bid to curb the spread of the virus. A war in Gaza might bring that delicate cooperation to a halt, something which could potentially lead to deteriorating conditions for the Palestinian enclave's residents.

"Although I don't envision a full-scale war, that deterioration, coupled with a dire economic reality aggravated by the ongoing Israeli blockade, might push Hamas to resume its confrontation with Israel. The upcoming weeks will be crucial as it will be then that the Islamic group will decide whether to go ahead with their plans or to push them into a distant drawer".

Hamas' wait-and-see policy revolves around the issue of money. Last month, Israeli authorities agreed to let millions of dollars from Qatar in, something that helped the Jewish state and the Islamic group to reach an agreement, according to which militants would refrain from attacking Israel's southern communities.

Now that this money is set to run out and with Hamas struggling to find the cash needed to feed its more than two million residents, many of whom live below the poverty line, tensions might flare up again, and there are elements within the Strip that might want to add fuel to that fire, the main one being the Palestinian Islamic Jihad (PIJ).

The PIJ, reportedly funded by Iran, has long been considered an independent entity, one whose interests and goals do not always match to those of Hamas.

© AP Photo / Ariel Schalit
Hamas Warns Israel of Military Escalation After IDF Strikes Targets in Gaza Following Rocket Fire
Over the years, the PIJ has taken a more radical approach to Israel and has often blamed Hamas for its negotiations with the "Zionist enemy", challenging the group's leadership and pushing it to change its stance.

To achieve that goal, they've initiated dozens of rocket launches into Israel, triggering Israeli retaliation and an assassination of the group's high-ranking commander, Baha Abu Al Atta, who was taken down last November.

Abu Amer downplays the possibility that the PIJ will drag Hamas into another confrontation with Israel, especially given that the faction has also joined the reconciliation efforts that took place in Istanbul at the end of September and agreed to participate in the legislative, presidential, and national council elections slated in the upcoming six months.

However, he does stress that such a scenario cannot be completely ruled out.

"The two groups are now enjoying high-level cooperation", explained the expert, suggesting that if a confrontation with Israel does take place, the factions will join forces against a common enemy.

"Hamas does not want to be in the front when combating the IDF and this is the reason, why it would rather let the Islamic Jihad lead that confrontation, while it sits on the fence, buying itself more time and getting better deals out of Israel".