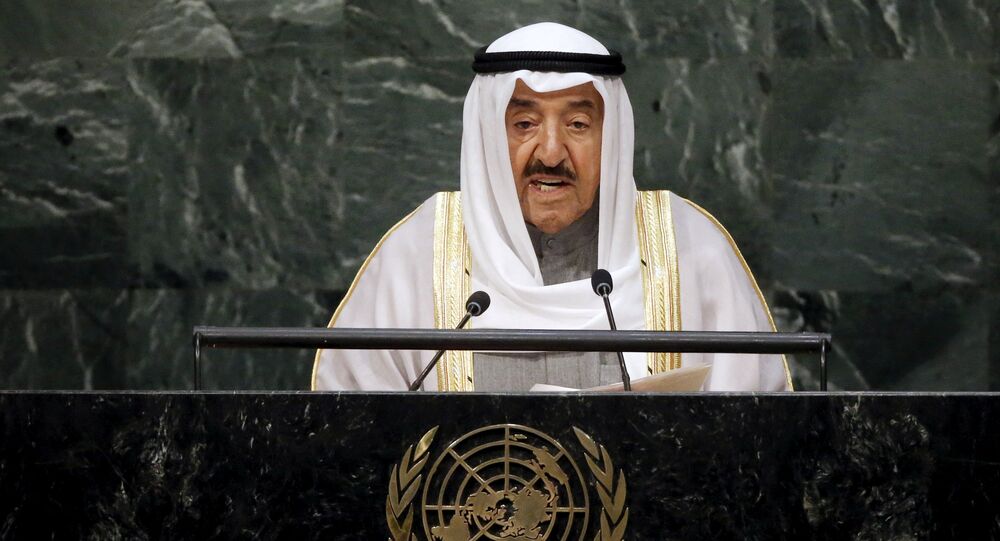 The official spokesman for the Kuwaiti government, Tariq Al-Muzrim, on Tuesday refuted reports of the 91-year-old Emir's death, calling on the international community to "take information from official sources and not pay attention to what is being raised on social media”, according to the Kuwaiti newspaper Al-Qabas.

At the same time, the Minister of Amiri Diwan Affairs, Sheikh Ali Jarrah Al-Sabah, has announced that the Emir's health is stable and he is receiving a prescribed treatment.

In July, the head of the Emir’s office announced that the Kuwaiti ruler had successfully undergone surgery.

The day prior to the surgery, the news agency reported that Sheikh Sabah Al-Ahmad Al-Jaber al-Sabah was admitted to hospital for a medical check-up. Hours later, a royal decree was issued saying that Kuwait's crown prince would temporarily exercise some of the ruling Emir's constitutional duties.

Last year, Kuwait acknowledged that the Emir had suffered an unspecified medical "setback" that required him to be hospitalised.