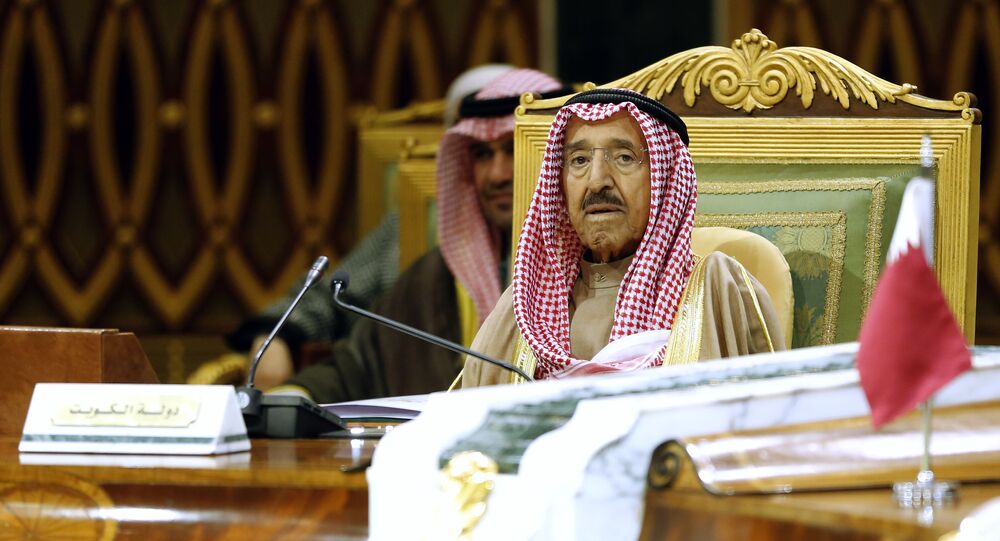 Kuwait's crown prince will temporarily exercise some of the ruling emir's constitutional duties, per a royal decree, according to the state news agency KUNA.

The decree comes hours after the agency reported quoting Emiri Court Affairs Minister Sheikh Ali Jarrah al-Sabah as saying that the 91-year-old sheikh would undergo a medical check-up, without providing any further details.

This came after visiting Iranian Foreign Minister Mohammad Javad Zarif wrote on Twitter that he was "praying for Emir's speedy recovery,” without elaborating.

Sheikh Sabah has been ruling Kuwait since January 2006. He's pushed for diplomacy to solve regional issues, such as the ongoing boycott of Qatar by four Arab nations, and hosted major donor conferences for war-torn nations like Iraq and Syria.