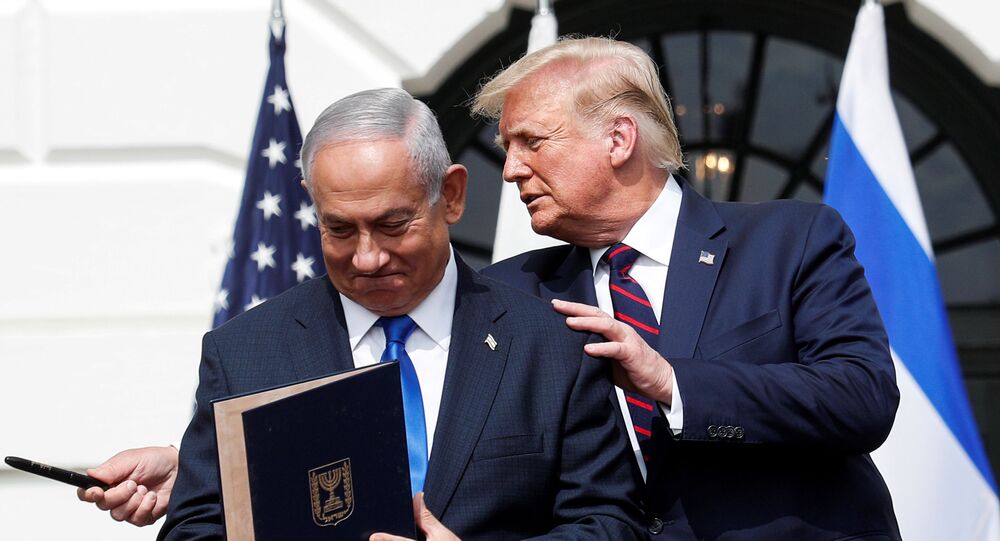 The office of Israeli PM Benjamin Netanyahu denied that he has been bringing laundry for dry-cleaning on state trips, calling the allegations "groundless" and aimed to "belittle" the peace agreement brokered by the White House for Israel, the UAE and Bahrain.

Israeli PM Benjamin Netanyahu and his wife have allegedly been bringing "suitcases" of dirty laundry to the White House when arriving for state trips, the Washington Post reported.

According to the report, the Netanyahus have been misusing the hospitality of the presidential guest house, where all visitors have their clothes dry-cleaned as a perk, by bringing a lot more dirty laundry with them than they plan to use in the state trip.

“The Netanyahus are the only ones who bring actual suitcases of dirty laundry for us to clean,” an unnamed US official allegedly told the Washington Post. “After multiple trips, it became clear this was intentional.”

The allegations were dismissed by Netanyahu's office, along with the Israeli embassy in Washington DC.

“This is recycled anonymous slander from the archives of the Israeli media aimed at blotting out the historic peace agreements brought about by Prime Minister Netanyahu and President Trump", the embassy said, noting that during the recent visit of the Netanyahus to the White House there was no massive dry-cleaning, and reporting that only a pair of shirts and pajamas were cleaned.

This is not the first time reports have emerged suggesting that the Netanyahus prefer to deal with their laundry abroad. Initially, it was raised in the investigation into alleged misuse of state funds by the Netanyahu family launched several years ago. At the time, the transcripts of 2010 conversations involving Netanyahu spokesman-turned-state’s witness, Nir Hefetz, and the legal adviser in the Prime Minister’s office, Shlomit Barnea Farago, were made public.

In the reported transcripts, Farago was heard revealing how Sara Netanyahu would bring several suitcases with dirty laundry on state trips for it to be dry-cleaned by hotels, paid with state funding.

In June 2019, Netanyahu's wife was convicted of misusing public funds under a plea deal in a case allegedly involving illegal meal catering at the Prime Minister’s residence.