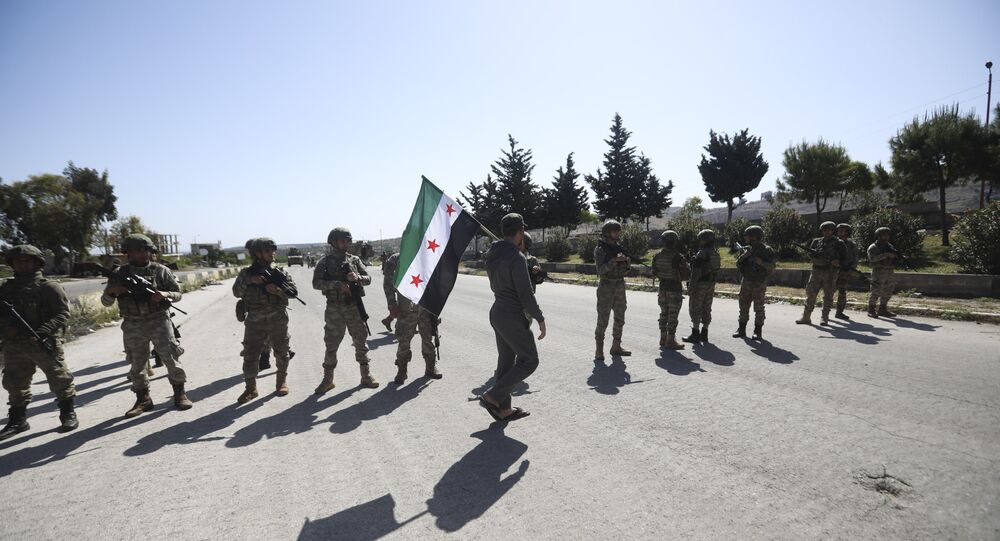 MOSCOW (Sputnik) - Terrorists from the Hayat Tahrir Al-Sham group are preparing provocations with the use of poisonous substances in the southern part of Syria's Idlib, the deputy head of the Russian Center for the Reconciliation of the Warring Parties in Syria, Rear Adm. Alexander Grinkevich, said at a briefing.

"The Russian center for the reconciliation of the warring parties received information about the preparation of a provocation using poisonous substances in the southern part of the Idlib de-escalation zoneby the terrorist group Hayat Tahrir Al-Sham," Grinkevich said.

He also noted that, according to available information, the terrorists plan to shoot videos in the area of ​​the Jabal Zawiya height with the involvement of foreign media reporters for the subsequent dissemination of publications on the Internet, Middle Eastern and Western media accusing the Syrian government forces of using chemical weapons against civilians.

This is not the first time when warnings come about possible video provocations on chemical attacks allegedly conducted by the Syrian military. In February, Russian Defence Ministry said that The White Helmets have filmed fake videos in cooperation with the terrorists, showing alleged consequences of the Syrian Air Force's attack involving some "unidentified chemical weapon".

Syria has repeatedly denied using chemical weapons after having them destroyed as part of a Russia-brokered agreement with Organisation for the Prohibition of Chemical Weapons (OPCW) in 2013. The government have accused militants of staging chemical attacks, which have then been used by Western powers to justify military activities on Syrian territory.

As part of Syria's effort to restore peaceful life on the back of almost a decade-long war, Russia assists Damascus in facilitating the repatriation of Syrian refugees and internally displaced persons (IDP). The Russian center for Syrian reconciliation continues to provide humanitarian and medical aid to Eastern Ghouta residents and assist them in their returning homes in the settlements liberated from militants.