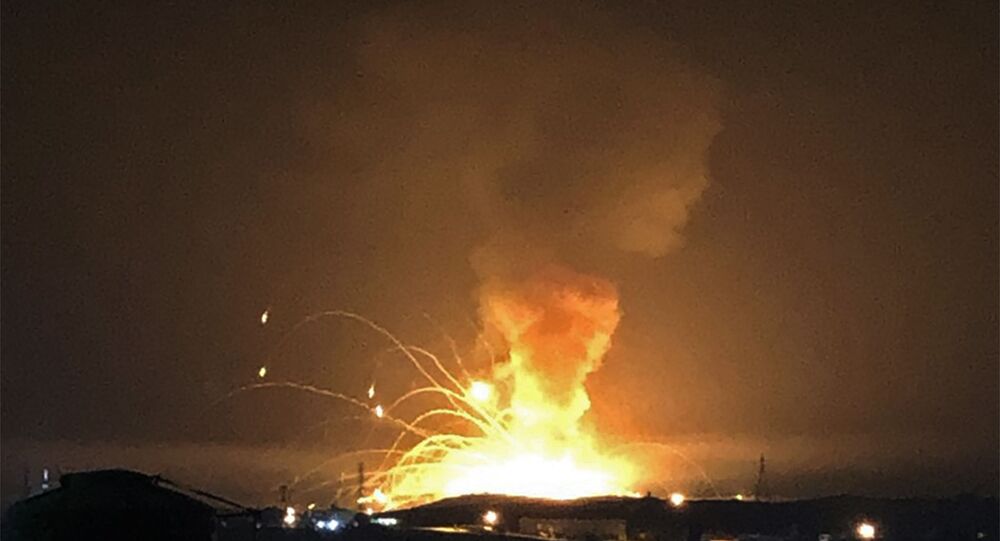 AMMAN (Sputnik) – The recent powerful blast at an ammunition warehouse in the Jordanian city of Zarqa, northeast of the Amman capital, has been blamed on the high temperature, according to an initial investigation, a senior military source in the General Command of the country’s Armed Forces said on Friday.

"According to a preliminary investigation, the explosion has been caused by the extremely high temperature, as a result of which a reaction of chemical elements inside one of the mortar shells occurred, what then led to the explosion," the source said, as quoted by Petra.

Earlier in the day, the state-run Jordan News Agency (Petra) reported, citing the source, that there were no casualties as a result of the explosion that occurred in Zarqa at dawn on Friday. The country’s health minister, Saad Jaber, also said live on the Sky News Arabia broadcaster that no one was injured.

The blast took place in one of the old depots with ammunition under the process of disposal, located in the al-Tafih district in an uninhabited area near Zarqa, the source added, noting that the explosion was limited to material damage.

Some news outlets reported on Friday that the blast was likely to be caused by a short circuit and left at least two people killed and three others injured.