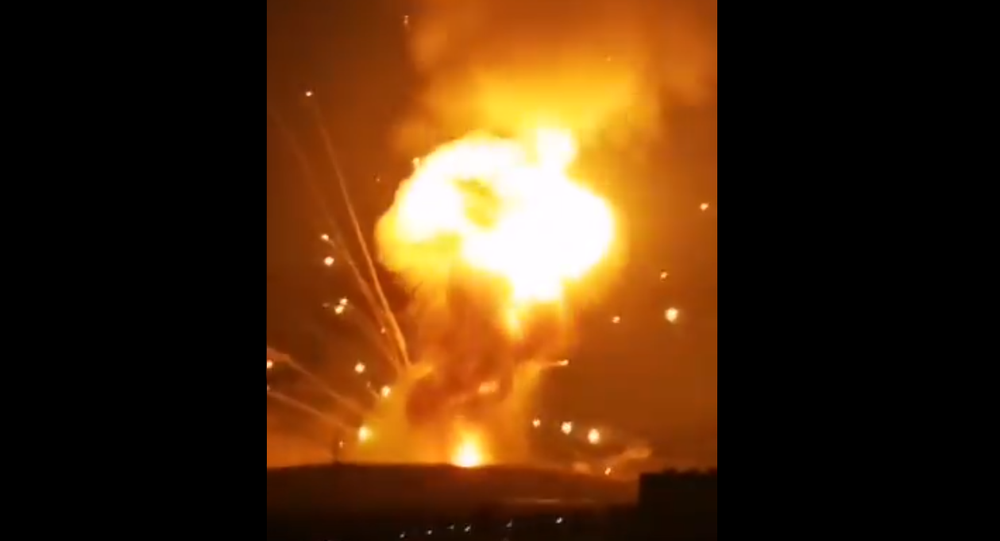 Reports from Sky News Arabia say that at least two people have died and three injured after the explosion, also noting that an investigation into the matter has been launched.

The Jordanian Minister of State for Media Affairs, Amjad Odeh Al-Adaileh, cited by Petra news agency, said that an explosion occurred on early Friday in a warehouse containing unsuitable mortar bombs belonging to the armed forces.

According to Al-Adaileh, the blast was caused by an electrical short circuit in a warehouse, which are located in an isolated and uninhabited area and are subject to constant surveillance.

"According to the General Command, until this moment, no injuries were recorded as a result of the explosion," he said.

Earlier, reports by Sky News Arabia said that at least two people had died and three injured after an explosion rocked the outskirts of the Jordanian city of Zarqa, citing the Jordanian Public Security Directorate.

According to Reuters, citing security sources, the blast occurred at a military base near Zarqa, some 20 kilometres from the Jordanian capital.

Reports by Sky News Arabia said that the accident was caused by the explosion of a bomb stored by the Internal Security Forces in the Al-Ghabawi area. Initially, the report said that "rising temperatures" may have been behind the explosion.

According to Sky News Arabia, the explosion took place in one of the ammunition depots of the armed forces. A large fire erupted at site of the blast.

Videos said to have been filmed at the scene were shared in social media.

BREAKING - Reports of a large explosion in Zarqa, Jordan. pic.twitter.com/zxRlVVHKnk

Large explosion reported in the city of Zarka, #Jordan. pic.twitter.com/EOPWRLfLh5

An investigation into the incident has reportedly been launched.

Will Israeli Plan For Jordan Valley Sovereignty Extension Be Frozen Amid New US Demands?