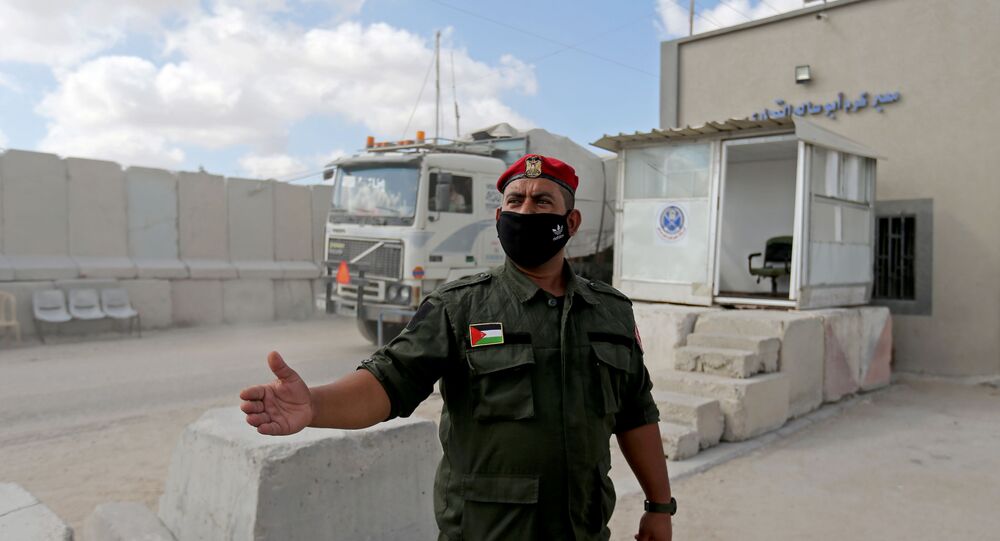 According to the Gaza-based Shehab news agency, the deal was brokered by Qatari envoy Mohammed el-Amadi.

The Hamas militant group has announced that it is de-escalating tensions in Gaza in exchange for certain relief measures that will help people in the area deal with the COVID-19 pandemic, the group's statement says, as quoted by AFP.

"A number of projects that serve our people in the Gaza Strip will be announced and will contribute to alleviating it in light of the coronavirus wave that has befallen the Gaza Strip, as well as a return to the pre-escalation situation," Hamas said, according to Shehab.

The group added that the deal was mediated by Qatari envoy Mohammed el-Emadi.

Last week, the chief of Hamas’s political bureau Ismail Haniyeh announced that Gaza would "proceed with ending" the "unjust blockade" against Gaza "in all its forms." Haniyeh also urged the United Nations to show solidarity with the people of Gaza and to "force Israel to end the suffering" of the enclave.

Israel said it would remove some of the economic restrictions to allow the delivery of humanitarian aid if Gaza stopped launching makeshift projectiles into Israel.

Tensions between Tel Aviv and Gaza escalated following the announcement of the peace deal with the United Arab Emirates earlier this month. The Palestinian Authority described the deal as a "betrayal" of the Arab countries and the Palestinian cause.