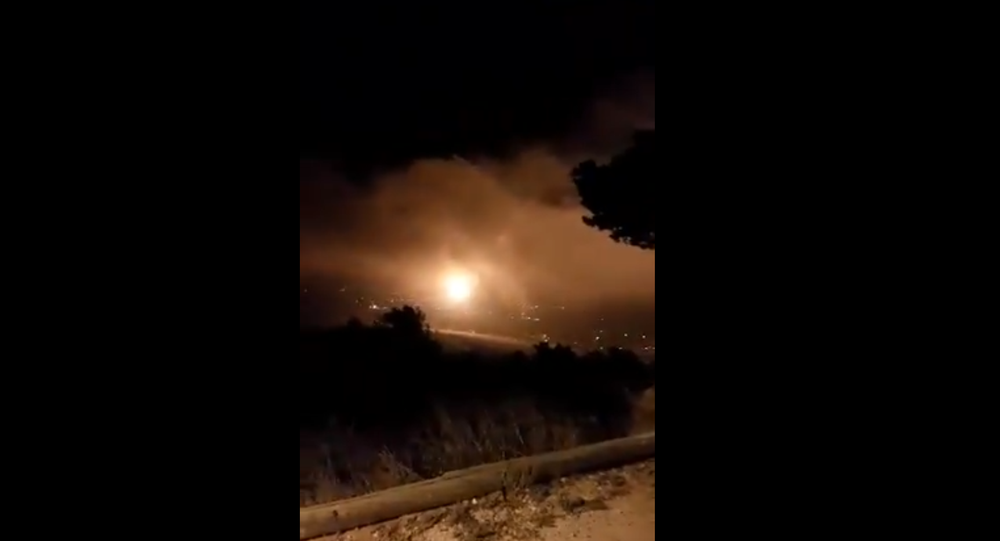 Flares were spotted Tuesday around Manara, a kibbutz in northern Israel, as the Israel Defense Forces (IDF) confirmed there was a "security incident" along the country's border with Lebanon.

The IDF issued a social media memo late Tuesday evening confirming that several closures had occurred in the area as a result of the "security incident."

"A security incident in the Manara area on the Lebanese border. Some of the axes in the space have been blocked. Details in review," the translated tweet read.

Video from the scene accompanied early reports about sounds of gunfire in the area.

From the incident near Manara

Citing Lebanese reports, Amir Bohbot, a military editor and senior defense analyst for Walla News, reported that IDF shells fell on Lebanon's side of the border amid sounds of explosions. An aircraft was also spotted in the area, despite dense fog.

Israeli Prime Minister Benjamin Netanyahu is currently en route to the Northern Command of the IDF, which is the regional command center for the country's northern border with Syria and Lebanon.

The IDF went on to announce that personnel are now conducting searches in the communities of Manara, Maragaliot, Malkia, Misgav Am and Yiftach. Residents of the aforementioned areas have been ordered to remain in their homes and lock their doors.

"The residents are required to stay in the houses and upon receiving the warning to enter a protected area immediately - MMAD / MMK, shared shelter, internal stairwell or internal room in the house, close doors and windows and stay there for 10 minutes," the service stated.

the Israeli occupation launches many flare bombs at Mays al-Jabal in southern Lebanon .. after a suspected case of infiltration, according to Lebanese sites. pic.twitter.com/qLvYcbiwv4

The Jerusalem Post reported that approximately 30 flares were launched along the Israeli border with Lebanon, which has received added attention from the IDF following vows by Hezbollah to avenge the July killing of one of its personnel during an Israeli airstrike in Syria.

In Support of Palestinians and Against Regional Powers, Can UAE-Israel Pact Restore Stability?