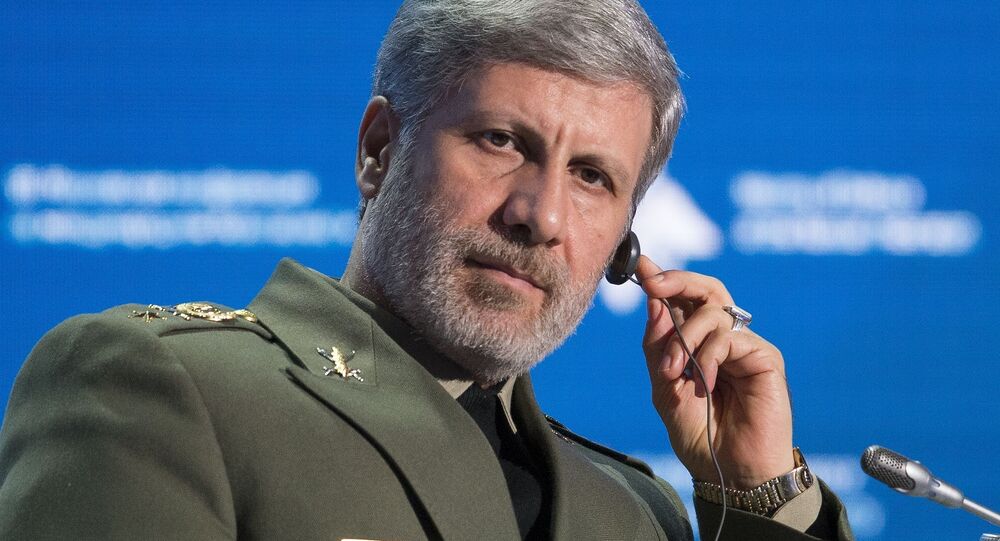 The announcement was made on 21 August, Iran’s National Defence Industry Day, and comes amid rising tensions with the United States. Brigadier General Amir Hatami noted that the Iranian Defence Ministry is advancing, but stressed that the country needs to continue increasing a domestic deterrent.

Iran is developing a long-range air-launched cruise missile, the country’s Defence Minister Brigadier General Amir Hatami said on Friday, adding that despite US sanctions over the past few years Tehran had managed to make significant achievements in the defence industry.

According to Hatami, the ministry is seriously pressing ahead with development of the new long-range cruise missile and said the country has jumped in the rating of most powerful military forces and is now ranked 14th.

Hatami's announcement comes a day after the Islamic Republic unveiled two new types of long-range missiles. The first one with a range close to 1,400 kilometres was named after commander of the Quds Force General Qasem Soleimani, who was assassinated in a US drone strike in Baghdad in January, a move that was strongly condemned by the international community.

The second long-range missile dubbed Martyr Abu Mahdi al-Muhandis has a range of 1,000 kilometres and was named after the Iraqi politician and military commander, who was killed together with General Soleimani.

Brigadier General Amir Hatami's announcement and the unveiling of long-range missiles comes amid tensions between Tehran and the United States. Last week, the White House submitted a draft resolution calling for the indefinite extension of an arms embargo against Iran, but it was rejected. Despite the failure US Secretary of State Mike Pompeo said Washington would do everything possible to ensure that Iran is not able to sell or buy weapons on the international market.

Iran's Defence Minister is to visit Moscow on Saturday where he will hold talks with his Russian counterpart Sergei Shoigu and other senior Russian officials. According to Iran's Mehr news agency, Brigadier General Hatami will also visit the International Military-Technical Forum, which has been held in Russia since 2015. The event is invariably attended by senior and high-raking defence-military officials as well as experts from different countries.