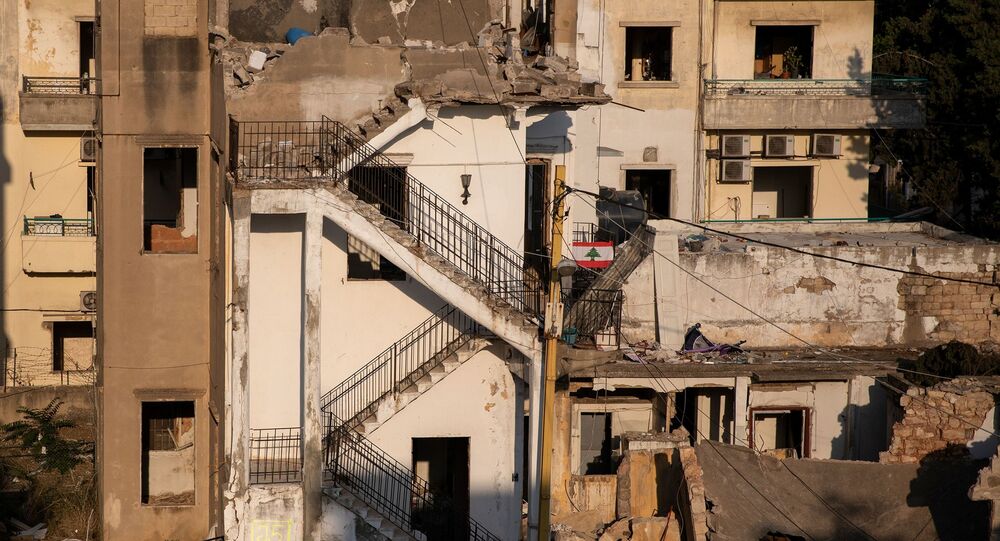 In 2005, a deadly explosion in Beirut killed the country’s first post-civil war Prime Minister Rafik Hariri. Four Hezbollah members were indicted for his murder and the Special Tribunal for Lebanon is shortly set to deliver a verdict on their guilt. However, the country has recently been shaken by another catastrophic blast.

An examination of a report into Beirut’s 4 August explosion, which killed more than 200 people and injured around 6,000, will be launched on Monday, the Guardian reported. The review will be carried out by Judge Fadi Sawan who will ultimately decide whether any of the 25 employees and bureaucrats who were implicated in relation to the blast at Beirut’s port, will face charges.

All the individuals are believed to have been holding positions in the last six years that made them eligible to make decisions in relation to the storage of 2,750 tonnes of ammonium nitrate in the port’s dockside hangar, which provoked the massive burst. However, the political protests that have taken the streets of Lebanon in the wake of the disaster, have mostly blamed the explosion on Lebanon’s leadership, eventually leading to the government’s resignation.

The Beirut’s blast probe is not the only major judicial event awaited by the country next week - the Special Tribunal for Lebanon (STL) is also expected to come up with a verdict on Tuesday in relation to the killing of Lebanon’s Prime Minister Rafik Hariri by a suicide truck bomb 15 years ago. Four Hezbollah members are currently being tried by the tribunal in absentia for his assassination, but the group’s leader Hassan Nasrallah has stood behind the men:

“We do not feel concerned by the STL’s decisions”, Nasrallah said on Friday night. “For us it will be as if no decision was ever announced. If our brothers are unjustly sentenced, as we expect, we will maintain their innocence.”

For the Communications Director of the Carnegie Middle East Centre Mohaned Hage Ali, a “guilty verdict”, would potentially increase pressure on the group.

“A verdict would be part of the complete narrative of how the crime was committed. So this will definitely be used against the organisation to incriminate and condemn it. Politically speaking it’s quite difficult to see how this might change things for them on the local scene. It will, however, alter the discourse about Hezbollah, and relations with the outside world”, he told the Guardian.

That said, Ali still doubted that the new probe by the Lebanese judiciary over the blast that took place 12 days ago will be “independent” or successful, as he said “this judiciary is riddled with appointees who owe their loyalties to the political class, which is to be condemned in any proper investigation into the port”.

The Beirut explosion took place on 4 August, destroying buildings dozens of kilometers from its epicenter, with the damage being costed at $15 billion. According to authorities, the blast occurred after the facility, which unsafely stored the previously confiscated chemical compound ammonium nitrate, has caught fire. The reasons behind this incident remain unclear, with the ongoing investigation also set to decide why this dangerous cargo, with a chemical being used as agricultural fertilizer but also as a component in explosives, was abandoned in the port after being shipped there on a Moldova-registered vessel on route from Georgia to Mozambique back in 2013. US officials from the State Department said that the Federal Bureau of Investigation (FBI) will join international and Lebanese officials in the probe into the cause of the blast.