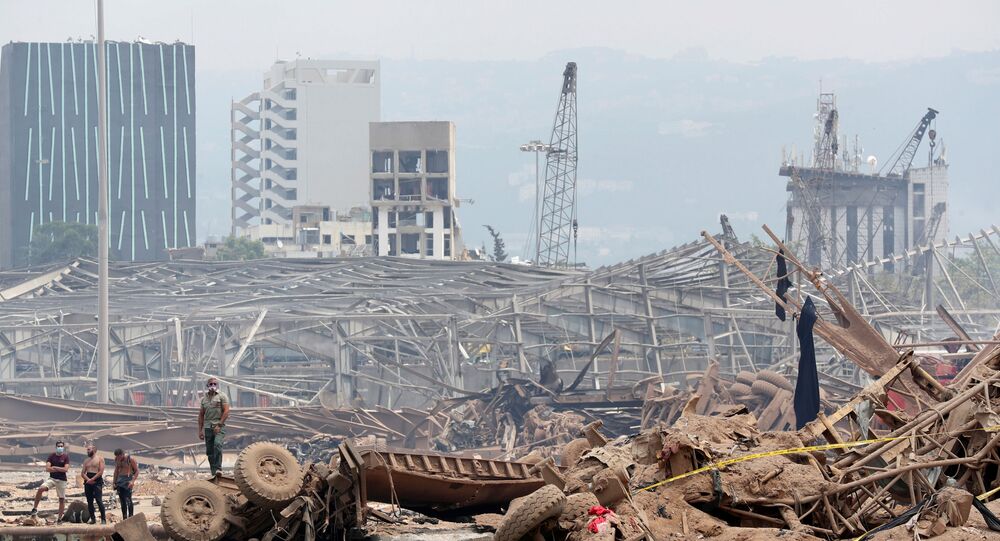 As many as 60 people remain missing following Tuesday’s massive blasts in the Lebanese capital, with over 150 killed and up to 6,000 suffering injuries of varying severity. Researchers say the ammonium nitrate believed to have caused the explosions had an explosive power equivalent to that of a small nuclear bomb.

Investigators working near ground zero at Beirut’s port have uncovered what may be a series of underground facilities, leading to hopes that some of those still listed as missing may be found inside, alive, Sky News Australia has reported.

According to the television network, the underground spaces may be “a series of underground panic rooms,” with workers digging through the rubble and grain from a destroyed grained silo nearby to open up the facilities.

“They know that there’s a labyrinth of subterranean chambers here; they’ve discovered the opening of just one of them…And that’s what’s keeping the hopes of relatives alive – that somehow their loved ones have made it to that shelter,” the correspondent said.

Russian and Turkish rescue teams have joined Lebanese army and civil defence forces in scouring the wreckage for evidence and looking for survivors.

Tuesday’s powerful explosion leveled much of the port and the surrounding blocks, with thousands of buildings across Beirut having their windows blown out by the powerful shockwave.

The cause of the incident remains unclear, although it is known that there was an estimated 2,750 tonnes of ammonium nitrate stored at a one of the port’s warehouses, brought to the city in a derelict ship in 2013 and located there ever since amid a legal battle between officials and courts.

Explosives specialists estimate that the ammonium nitrate had the equivalent yield of between 200 and 500 tonnes of TNT, close to that of a small tactical nuclear bomb.

Lebanese President Michel Aoun has not ruled out foul play, saying Friday that along with “negligence,” authorities are still looking into whether the incident was caused by “foreign interference through a missile or bomb.”

© REUTERS / Karim Sokhn
Trump Calls for Transparent Investigation Into Beirut Blast, Offers to Help Lebanon With Probe
US President Donald Trump said Wednesday that he too doesn’t rule out that the incident may have been “an attack.”

The investigation into the blasts has itself sparked a political conflict, with President Aoun and Hezbollah leader Hassan Nasrallah expressing support for an internal probe, while opposition forces have demanded an international investigation. Trump said Sunday that the United States would be willing to assist in such a probe if asked.