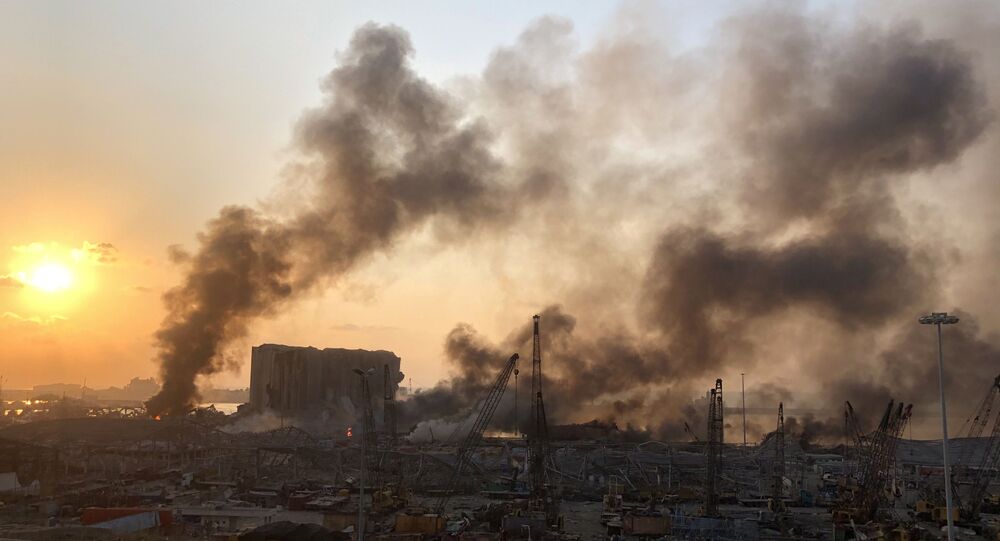 Beirut Port Blast Victim: 'I Saw Something Like Exploding Fireworks'

On 4 August, a giant blast took place in a warehouse at the Port of Beirut leaving at least 78 people dead and over 4,000 injured.

"In the beginning, we saw white smoke. Very thick and massive white smoke", the victim said in an interview. "I immediately got into the car and wanted to drive away. The explosion occurred two-three seconds later not far from me. I saw in the sky something like exploding fireworks. Blue, red, green ... I was about to press the gas pedal when another explosion took place right next to me and I passed out. When I regained consciousness, I got out of the car and saw people running around. I looked around and tried to understand what was going on. I heard the explosion, but I didn't expect it to be so serious. I was hospitalized. Now I want to figure out what happened to me and to my car."

The blast took place around 16:00 GMT near the centre of the Lebanese capital in an area with a mainly Christian population. Windows in buildings located several kilometres away from the epicentre of the blast were knocked out, some buildings near the blast site were completely destroyed.

The Lebanese supreme defense council has declared the city disaster-stricken and a national day of mourning has been declared for Wednesday, 5 August.

According to Prime Minister Hassan Diab, the explosion was caused by 2,750 tons of ammonium nitrate left unsecured in a port warehouse for more than six years.

Several nations, including the US, UK, France, Greece, Cyprus, Israel, have offered their assistance to Lebanon, with the World Health Organization sending medical supplies to treat some 500 wounded as well as kits for some 500 surgeries in the Lebanese capital.