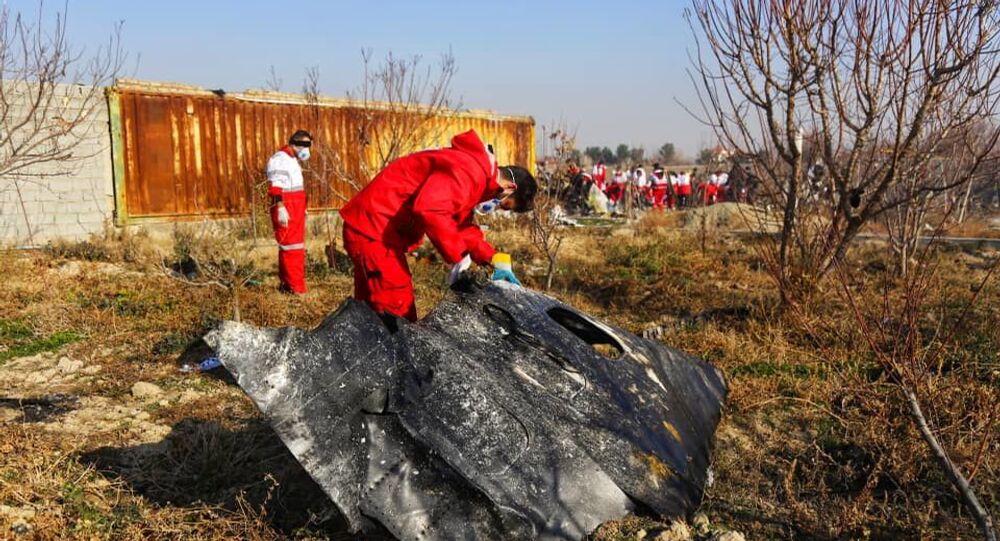 MOSCOW (Sputnik) - The military prosecutor for the Tehran province, Gholam Abbas Torki, said on Monday that the Ukrainian International Airlines passenger aircraft that crashed in Iran in January was downed by one missile rather than two, as was previously reported, the Iranian Tasnim news agency reported.

According to the news agency, citing the military prosecutor's statement, the air defence systems fired two missiles at the Ukrainian plane. However, according to the official, one of the missiles did not affect the aircraft as it overshot the target, and another one exploded near the jet. Torki also said that the second missile was launched 26 seconds after the first.

The prosecutor confirmed the official position of Tehran on the crash, saying that the cause of the incident was due to a human factor and noting that there was no reason to believe that Iranian missiles or air defense systems were subjected to a cyberattack or hacking system.

The Ukraine International Airlines' flight to Kiev with 176 people aboard crashed on 8 January shortly after departing from an airport in Tehran. No one survived. Iran initially blamed the crash on a technical failure but eventually admitted to having shot the jet down by mistake.