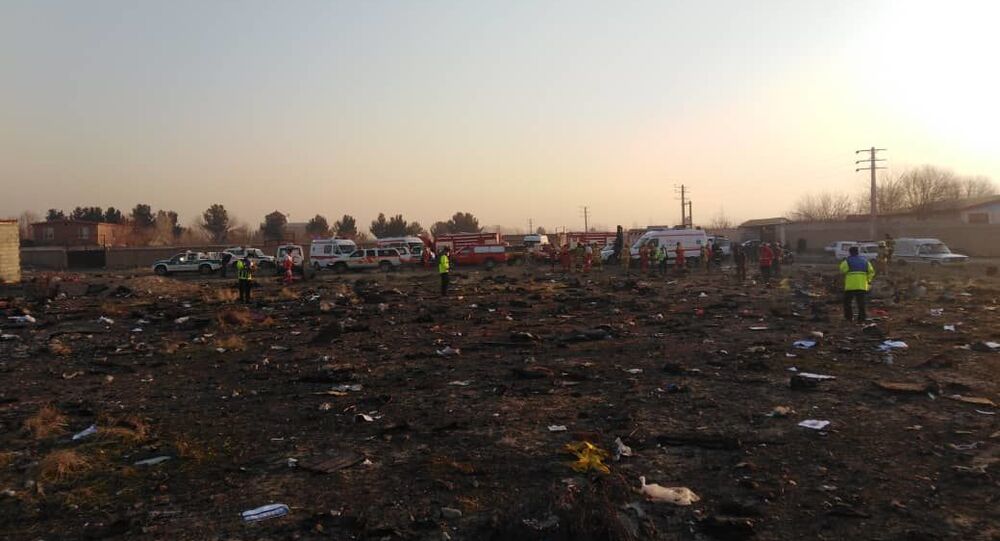 Iran confirmed in March that the flight data recorders from Flight PS752, downed in Tehran in January, will be sent to Ukraine or France for decryption. The handover was, however, delayed by the coronavirus pandemic in Iran.

Tehran will send the flight recorders from a Ukrainian passenger plane mistakenly downed by the Iranian military in January to France next month, the French Civil Aviation Safety Investigation Authority said in a tweet on Friday. According to the agency, the technical work is expected to begin on 20 July.

Additionally, Canada's Transportation Safety Board tweeted that it will be sending its experts to France to participate in the download of the data from the downed jet.

Iran previously vowed to turn over the black boxes from the downed Ukrainian jet to France without any delay. Ukraine, in turn, pledged to take the case involving flight PS752 to international courts if Tehran fails to fulfil its obligations in relation to the tragedy.