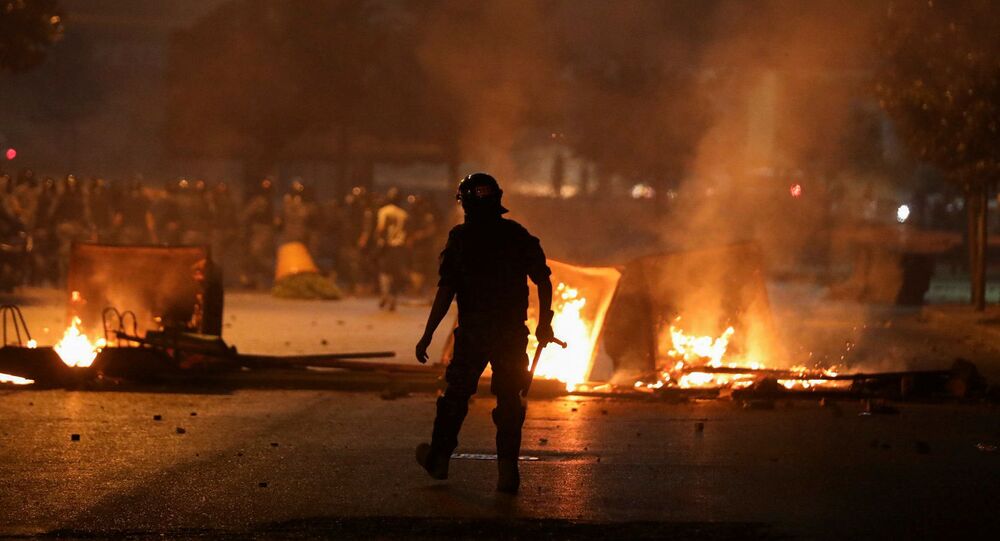 According to the agency, continuous unrest in Lebanon’s second-largest city started when protesters began vandalizing stores and hurling what appeared to be Molotov cocktails at the government building, prompting the army to intervene.

The army had regained full control by Sunday morning but several facilities were destroyed, the agency reported.

Unrest across Lebanon returned earlier this week on the back of a plunging currency and a deteriorating economic situation.

© AP Photo / Alessandra Tarantino
Pope Francis Donates $200,000 to Scholarships in Lebanon Amid Economic Crisis
The Lebanese pound fell to lows of 5,000 per one US dollar, after more than thirty years of being pegged at 1,500, sending prices soaring and increasing economic hardships on the citizens.

The large-scale anti-government movement in Lebanon began in October 2019 after the government hiked taxes in a desperate attempt to salvage the sliding economy.

The tax proposals have since been repealed but the protests against endemic corruption and mismanagement have continued with varying intensity.