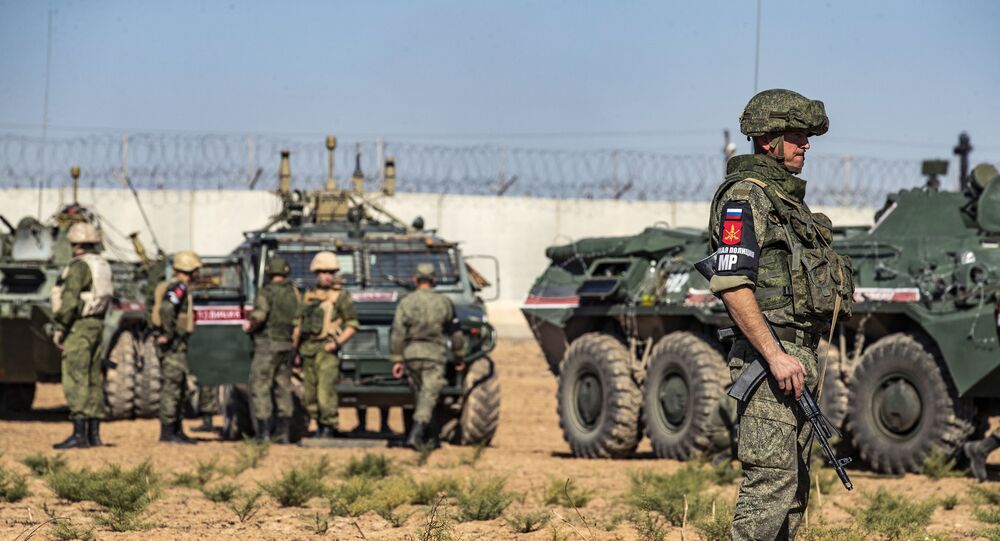 US Army's Bid to Block Russian Patrol in Syria Could Be Provocation, Ex-Military Diplomat Says

MOSCOW (Sputnik) - The road incident in Syria involving the US and Russian military convoys could be both an accident and a staged provocation by the US in pursuit of keeping tensions up in the war-torn Middle Eastern country, Leonid Ivashov, the former head of the Russian Defence Ministry’s International Military Cooperation Department, said.

At the same time, the ex-military diplomat did not rule out that the situation near Al Abra could as well be an accident triggered by intemperance or ambitions of the military of either of the sides, "with no political order".

"The US got somewhat confused in the Middle East, one of the reasons why any such incident taking place in Syria risks being swirled into the global scale", Ivashov said.

It was further opined by the colonel-general that Washington's interest in Syria was to prevent Middle Eastern oil from ending up in China and Europe.

© Photo : YouTube/ Syrianarabnewsagency
Watch Troops Force Another US Convoy to Turn Around, Go Back Where It Came From in Northeast Syria
On Wednesday, a source told Sputnik that a US military vehicle attempted to block the way to a Russian military patrol vehicle in the vicinity of Al Abra village but suddenly broke down, and the Russian convoy continued its way unimpeded. The incident was subsequently caught on video and has been circulating on social networks.

Russia, Turkey, and Iran are the ceasefire guarantors in conflict-affected Syria. Russia carries out humanitarian operations across the country regularly and helps Damascus in providing safe passage for the return of Syrian refugees.