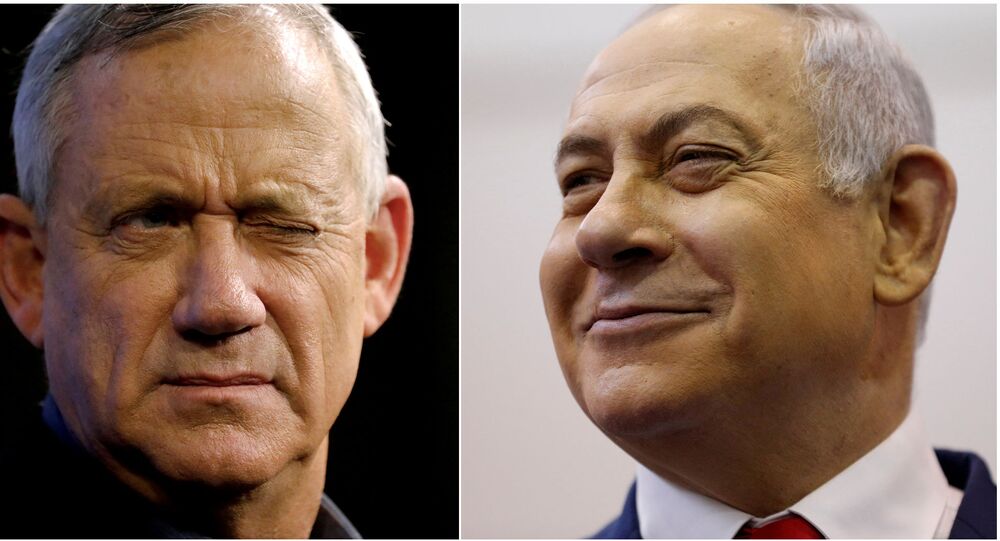 US Secretary of State Mike Pompeo will travel to Israel on 13 May to discuss joint efforts with leaders of the emerging government to fight the coronavirus pandemic as well as Iran-related regional security issues, the State Department said in a statement.

Israeli Prime Minister Benjamin Netanyahu and Speaker of the Knesset Benny Gantz were set to swear in their government on Wednesday, but due to Mike Pompeo’s visit, planned for 13 May, the ceremony will be postponed, Channel 12 reported.

The parties are reportedly expected to focus on Iran and the planned annexation of parts of the West Bank during the negotiations.

© AP Photo / Oded Balilty
Tweeps Praise Israeli High Court's Decision to Greenlight Netanyahu-Gantz Pact
Pompeo’s visit follows an agreement between Netanyahu and Gantz paving the way for the creation of a government in Israel after three elections in less than a year.

On 6 May, the Israeli Supreme Court authorised Netanyahu to form a government, despite being indicted on charges of corruption, and create a coalition between the Likud and the Blue and White alliance after months of political uncertainty, with three consecutive snap votes in less than a year.

Under the coalition agreement, the position of the Israeli prime minister will become rotational. The first half of the term will belong to Netanyahu, while Gantz will replace him in the second half.