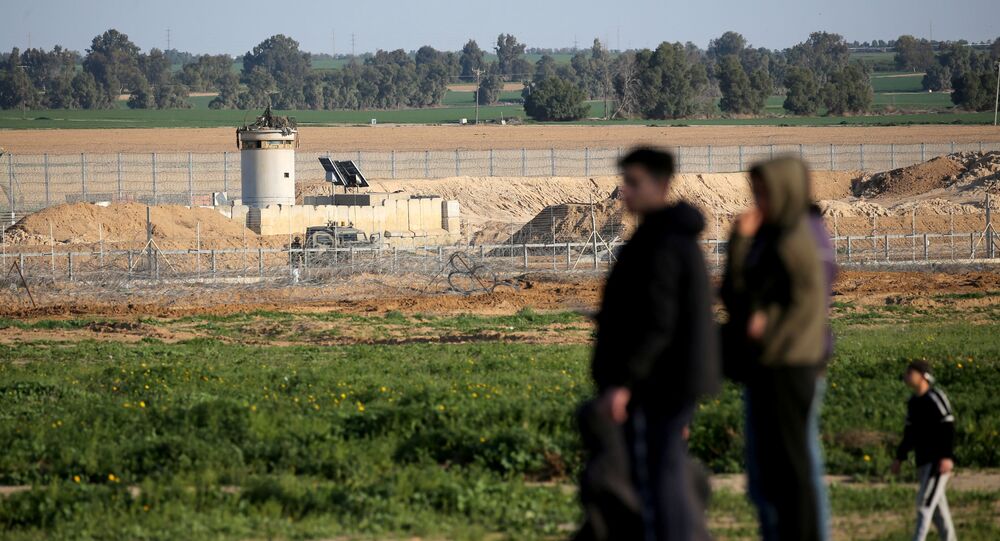 The overcrowded and densely populated Gaza Strip could be a fertile ground for the spread of COVID-19, thinks a Gaza-based doctor. Unable to stop its spread and desperate for solutions, Hamas has turned to Israel for help.

It appears that Tel Aviv is happy to assist the Islamic group not only to avoid a spillover of the disease but also to avert the potential rocket fire that might follow if the situation continues to deteriorate. After declaring the Gaza Strip was void of COVID-19, which has killed more than 35,000 people worldwide, Hamas finally acknowledged that the virus has reached their territories too.

Initially, only two people were infected by the deadly virus. Those cases came from Pakistan via Egypt, queuing with others at the crossing that connects the Sinai Peninsula to the enclave. Those individuals as well as the people they came in direct contact with were obliged to sign a paper requiring them to quarantine themselves for 14 days.

Hamas has also introduced a number of other measures in order to curb the spread of the virus. These included the construction of a thousand quarantine units in the northern and southern parts of the Strip, the shutting down of mosques, and the closing down of Gaza's crossings. That, however, didn't stop the pandemic from spreading.

At the end of the month, the authorities were forced to acknowledge that the number of COVID-19 patients has increased, bringing the total to nine people so far; and Rami Al-Abadlah, the head of the department of infectious diseases at Gaza Ministry's of Health, fears the situation might continue to deteriorate due to the coastal enclave's peculiarities.

"First of all, the Strip is overcrowded [housing some 1.8 million people - ed.], secondly, it is one of the most densely populated areas on Earth, with houses built in such a way that they are in close proximity to one another, and, lastly, Gazans' tend to socialise, something that can eventually lead to the infection of tens of thousands of people".

But these are far from being Gaza's only problems. In 2009, the World Health Organisation warned of a laundy list of Gaza's medical issues. These included young or inexperienced staff, old tools as well as the lack of maintenance to keep new equipment working.

Israel's blockade of the area – imposed in 2007 shortly after Hamas took over of the Strip – hasn't helped the situation either, limiting Gazans' sanitation abilities and making the process of receiving medical equipment from abroad long and tedious.

Time hasn't solved any of these problems, says Al-Abadlah.

"Even before the eruption of the virus, Gaza's hospitals were largely understaffed. Nor did they have teams of professional doctors trained to deal with such types of infections", he explained.

Reports back up his claims. According to estimates, the city of Gaza with its nearly 600,000 people, can only offer some 60 professionals working in intensive care units (ICUs), whereas the number of beds in these departments only amounts to 62. The number of medical ventilators needed in case of an emergency also leaves much to be desired with the entire Strip possessing just 69 such machines.

"Even before we talk about heavy equipment, we lack the most basic and elementary items, including masks, disposables and hazmat suits that can guard doctors working with those patients. Once the panic started masks, for example, have become a commodity; they vanished within days", says Al-Abadlah.

Hamas is aware of the situation and the repercussions that might follow, including the shattering of the group's rule, if the situation is not contained. The spokesman for Gaza's Ministry of Health has already appealed to international aid organisations asking for some $23 million to support the health system in the Strip.

In recent weeks, the Jewish state has allowed the shipment of more than a thousand medical examination kits as well as hundreds of hazmat suits into the Gaza Strip, expressing its willingness to cooperate with Hamas despite past tensions.

Although Hamas continues to slam Israel, blaming it for the dire medical situation in the Strip, it also seems to appreciate the gesture. Since the outbreak of the pandemic, Israel's south who's become accustomed to living under the fire of Hamas' rockets since 2001, is now witnessing a new reality, with very few rockets hitting the Jewish state's territories in recent weeks.

Hamas has also called off the March of Return protests that kicked off in 2018 in an attempt to force Israel to put an end to the Palestinian refugee problem, indicating that the group was interested in cooperation, not animosity.

Al-Abadlah said he understood the logic behind such a cooperation.

"If the situation gets worse in Gaza, it will spill over to other areas too, affecting everyone around us", he said.

But for the Jewish state, assisting Hamas is more than a question of solidarity or the prevention of a humanitarian crisis. For Israel, it is a question of security.

According Yoni Ben-Menachem, one of Israel's leading Middle East experts, Tel Aviv is concerned with the spread of the virus primarily because it might put the Islamic group into a corner. If the amount of those infected continues to rise, if bodies start piling up, with Hamas unable to solve the recurring crisis, it might have no other choice but to divert the public's attention by initiating a confrontation with Israel, and this is something the Jewish state wants to avoid.